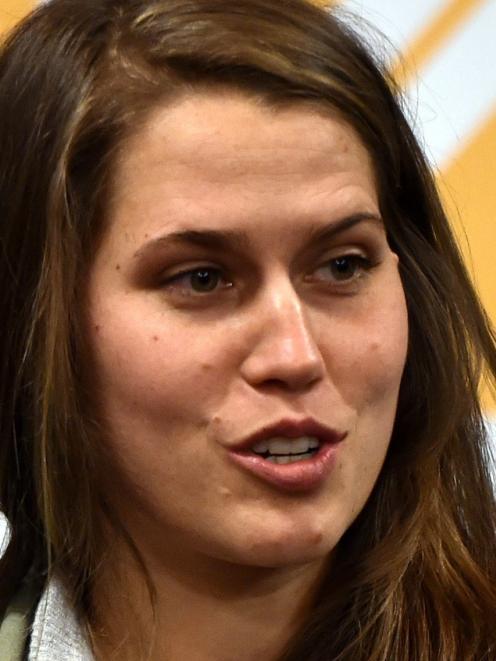 Annabeth Cohen
An environmental group wants assurances no public money will be spent on any proposal to raise the level of Falls Dam in Central Otago which involves flooding nearby conservation land.

In a statement, Forest & Bird said it wanted assurances no public money would be spent investigating proposals which involved the flooding of the Oteake Conservation Park.

About $800,000 in Crown Irrigation Investments funding will allow the Manuherikia WaterCo irrigation group to investigate proposals for a new irrigation project which could involve raising the level of the dam.

Forest & Bird freshwater advocate Annabeth Cohen said it would be wrong for the group to spend any of the $820,000 to investigate a scenario which involved flooding parts of the Oteake Conservation Park.

The recent ruling by the Supreme Court which found the Ruataniwha Dam in Hawke's Bay could not flood conservation land in the Ruahine Forest Park would also apply to Falls Dam and the Oteake Conservation Park, she said.

``Forest & Bird want to be sure that the options being considered using public money are all legal.''

Even the low dam proposal, raising the level by about 6m, would probably flood the breeding habitat of threatened black-billed gulls and possibly the breeding area of the nationally endangered black-fronted tern, Ms Cohen said.

Forest & Bird was also concerned about pressure being placed on the Otago Regional Council by farmers when the minimum flows for the Manuherikia River were set.

``We hope the ORC will honour its mandate, which is to maintain the water quality and ecological health of all freshwater bodies in Otago in an unbiased way.''

Manuherikia Catchment Water Strategy Group chairman Allan Kane said he did not think it was appropriate to address the concerns of Forest & Bird through the media, but the group knew about the issues with the conservation park.

``We are well aware of the issues there and I'm not sure where they are getting this suggestion from because it doesn't quite make sense.''

As for the minium flow limits, farmers were aware changes would be made to the flow limit which would probably reduce the amount of water they could take from the river, which why the Falls Dam proposal was being investigated, Mr Kane said.

``Part of the reason for investigating more storage is to ensure the catchment is in a position to meet those minimum requirements.''

The $820,000 will allow the group to undertake technical, environmental and financial studies to decide the final scope of the Falls Dam proposal.

Three options have been investigated: raising the existing Falls Dam by about 6m, or building a new dam, which would be either 12m-15m or 20m higher than the existing dam, but a new proposal was also possible.