Backing for airport called into question

By Mark Price
0 Comments
Christchurch city councillors and ratepayers will not back Christchurch International Airport Ltd’s plan to spend millions of dollars on an international airport at Tarras. 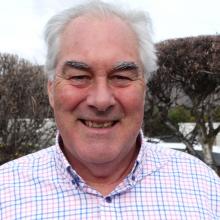 Graham Berry
That is the view of Wanaka real estate agent Graham Berry, who was a Christchurch city councillor and director of council-owned Christchurch City Holdings Ltd in the 1990s.

"It would be a couple of hundred million at least to put an airport in, so would Christchurch ratepayers really want to do that?

"I wouldn’t have thought so."

Christchurch Airport is majority owned by the Christchurch City Council — via the holding company.

Councillors only learnt of the Tarras proposal in July after the airport company had secured 750ha at a cost of $45million.

The council had been "well briefed" on the project and understood "both the rationale and the opportunity"involved, Mr Munro said.

However, Mr Berry maintained the backing of councillors and the public would be needed for the airport company to spend hundreds of millions of dollars on infrastructure at Tarras that was not directly related to improving Christchurch.

"The city’s still struggling to get stuff done and one of its own entities is going to put money and resources somewhere else. No jobs for Christchurch and no infrastructure — it’s not going to happen, is it?"

Mr Berry said the question for the holding company was why it would invest in something that was "completely unrelated to the wellbeing of Christchurch people".

If it was "just about making money" then why not invest in Sydney Airport?

While he accepted the holding company operated at arm’s-length from the council, its directors were mostly politicians.

"Would the council have done this? I doubt it.

"Would the ratepayers vote for it? I doubt it.

"That’s how it will play out in the end."

They did not respond to a request for comment on Mr Berry’s suggestion, although two other councillors did.

Cr James Gough said he was "inclined to agree" with Mr Berry "to an extent".

"However, I would suggest that the nature of our trading organisations ... is inherently set up to ensure a clear distinction between the commercially strategic and the political."

Christchurch International Airport Ltd’s decision to explore investment in a proposed Central Otago airport did not require shareholder approval nor was it unusual for trading entities to explore opportunities outside their region.

"City Care, for example, undertakes a significant amount of business in the North Island."

Cr Yani Johanson also acknowledged the decision to buy land at Tarras for an airport was made by the airport company and not the council.