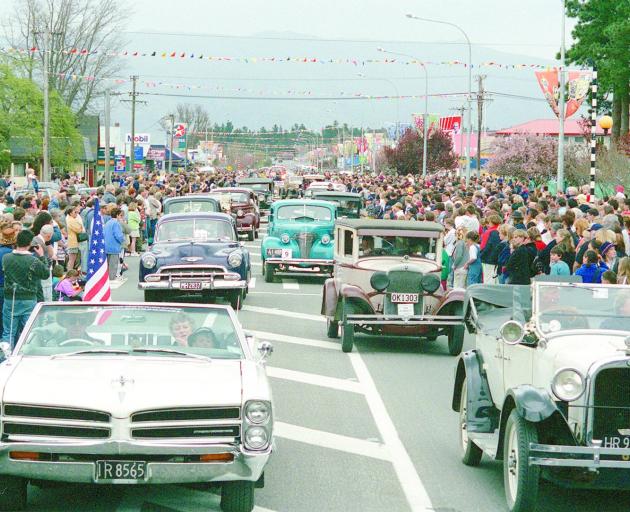 A request to keep the grant was rejected, in line with council policy, at a lengthy meeting of the Vincent Community Board on Monday.

The board meet at the Central Otago District Council’s chambers in Dunorling St, Alexandra, but guests were required to join via a livestream link.

Festival committee treasurer Nigel Smellie spoke remotely in the public forum and made a request on behalf of the committee to retain the grant to offset a $63,500 loss.

He said Covid-19 had ‘‘put paid’’ to the event but it had still incurred significant costs.

The 65th anniversary event was cancelled on September 8 when it became apparent alert levels and Covid-19 restrictions would not permit the September 24-26 event to take place.

As well as Covid-19 putting a ‘‘big spanner in the works’’, plans for a smaller ‘‘community thank you’’ event planned for later in the year also remained up in the air.

A report by council media and marketing manager Alison Mason recommended the request to retain the $26,000 grant be declined and the festival committee reimburse the grant in full to the council within one month of the board decision for the reimbursed grant to made available to the next publicised contestable promotions grant funding round.

Board chairman Martin McPherson, also the festival event manager, declared a conflict of interest and handed the reins to deputy chairman Russell Garbutt.

In her report, Ms Mason said the committee’s last financial statement confirmed a $176,798 accumulated sur plus which was being retained as a buffer for an impacted event, the costs the grant was applied for were not incurred, and as per the council’s grant policy rules, it was required that the $26,000 grant was paid back in full to remain consistent with the council’s grant policy.

Mr Garbutt asked why the board had been presented with the recommendation alongside the option to allow the festival to retain the grant to reduce the amount of loss incurred.

He asked why, if the second option was off the table,  it was presented to the board.

Council chief executive Sanchia Jacobs said the level of community and board interest in the event warranted it coming back to the board table.