Board to revisit plans to upgrade hall The Cromwell Memorial Hall as it stands now. Photo from ODT files. 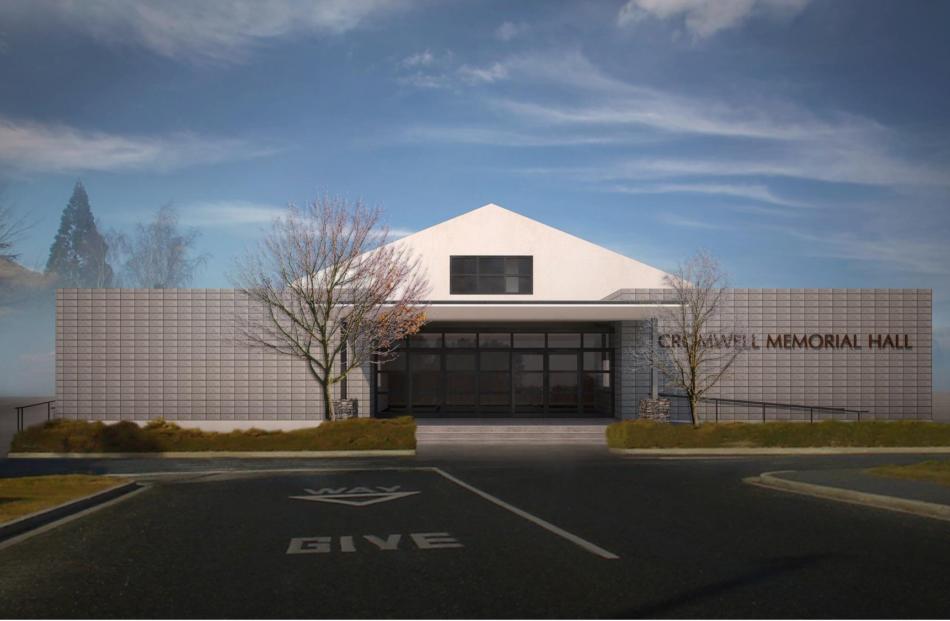 A proposed Cromwell Memorial Hall upgrade could be back on, as a report about the hall's future recommends external funding be secured and previous contractors invited to re-tender for the project.

The project stalled last December when the new Cromwell Community Board (CCB) failed to endorse a design approved by the previous board in June 2016.

But a community campaign from those who were frustrated by the constant delays ensued and a petition circulated to ask the CCB to proceed with the June resolution gathered more than 700 signatures.

That petition will now be presented to the board at its meeting on Friday and one of the petition organisers, Helen Hucklebridge, will be allowed to speak to the board for five minutes about the issue.

The CCB will receive an 11-page report from Central Otago District Council chief executive officer Leanne Mash about the hall at the meeting and her report recommends external funding from the Central Lakes Trust and other funders for half of the proposed upgrade be secured.

Once funding has been secured, Ms Mash recommends previous contractors from December last year be invited to re-tender for the construction contract.

The upgrade is estimated to cost $5.4 million and the other half of the costs will be funded by land sales.

Ms Mash's report includes a timeline of past investigations, design, decision and progress about the 1950s hall. The first report recommending redevelopment of the board was received by the then CCB in 2000.

Ms Mash said throughout the project, increases in project costs had occurred as more was known about the detail of the design and the resulting decisions to add elements to the project, for example, retractable seating.

''Additionally, due to the time that has passed since the original estimates, building costs have increased.''

If external funding was not sought for the design approved in June last year, a new round of public consultation would be needed to revisit all other options previously dismissed, Ms Mash said.

If a default ''do nothing'' position was adopted, the 2018-28 draft long-term plan would need to provide for ongoing maintenance and renewal for the hall to continue to meet ''the agreed level of service'', she said.

A 12-page report from Theatre Systems & Design Ltd about the Cromwell hall will also be received by the CCB at its Friday meeting.

It recommends the immediate removal of various features, including existing stage drapes, which are a fire risk; three old-fashioned lighting battens and a mechanical dimmer control panel, which do not meet current electrical standards; and all other suspended items above the stage, as the methods and equipment used in all cases are unsafe.