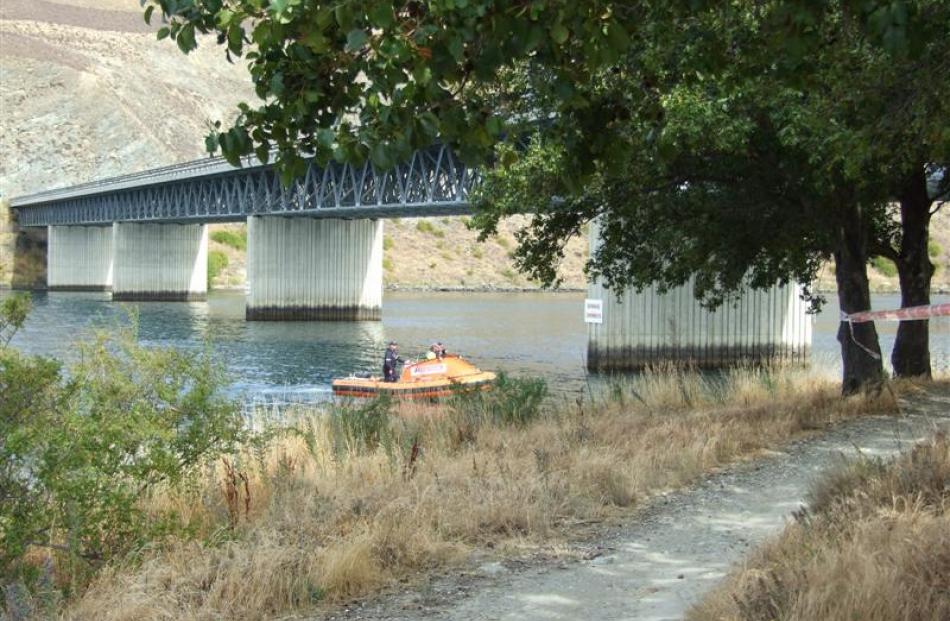 The body of a swimmer who went missing in Lake Dunstan at Cromwell yesterday afternoon was expected to be recovered by the police national dive squad late last night or early this morning.

The death of the 26-year-old foreign woman had been referred to the coroner and her name would not be released until next of kin had been advised, Senior Sergeant Ben Butterfield, of Dunedin, said last night.

A search by police and the Clyde Coastguard started after the woman, who was swimming at Deadman's Point, failed to surface about 4pm, he said.

A body was later found in deep water near the area in which the woman was last seen and police were satisfied it was the missing swimmer. Because of the depth of the water, the national dive squad was called to help, Snr Sgt Butterfield said.

''It's deep enough that we don't want to risk any further loss of life in recovering the body, so we've called in the dive squad.''

It arrived in Dunedin last night.

Depending on the available light when divers arrived at the scene, they were to recover the body either last night or this morning, he said.

The woman had been living in Cromwell but Snr Sgt Butterfield declined to give her occupation or reveal her home country at this stage.

Some members of the woman's family were in Cromwell and police and Victim Support volunteers were supporting them and working to advise her next of kin.

More details would be known about the woman's cause of death after a postmortem was carried out, he said.

Although there was an assumption it was a drowning, the postmortem would reveal any other possible factors in the death.

Asked for comment last night, Cromwell Community Board chairman Neil Gillespie said he was unaware of any other swimming deaths in Lake Dunstan.

However, there had been several fatalities in the lake linked to motor vehicle accidents.

''This is a terrible tragedy and you have to feel for this woman's family,'' Mr Gillespie said.

There had been fine weather throughout the summer holidays and masses of people had been enjoying the lake and lake shore, Mr Gillespie said.

''It's a shame this incident has ended in such a horrible way and I guess this tragedy is a reminder to everyone to be careful, as there's always dangers around water.''