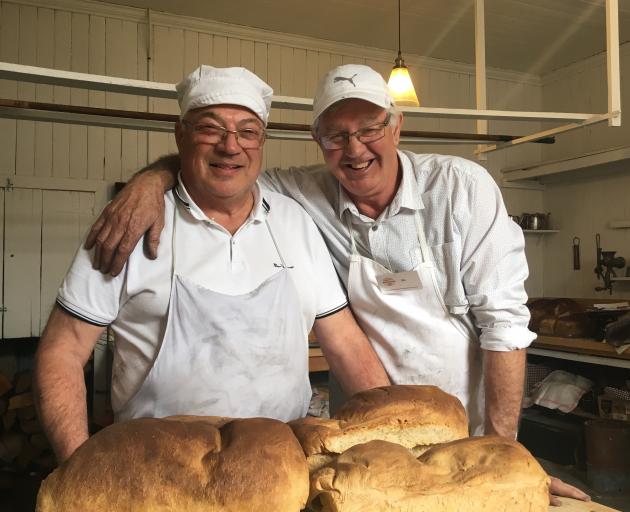 Dennis Kirkpatrick (left) and Ric Hunt had a busy day in the kitchen yesterday as hundreds gathered in Millers Flat for the opening of the restored bakehouse and museum. PHOTO: ADAM BURNS
After nearly 30 years, the Millers Flat Bakehouse is back.

Hundreds of onlookers gathered yesterday for the opening of the restored bakehouse and museum.

Commemorations were followed by a tour of the 111-year-old building and afternoon tea.

Attendees were able to pick up a fresh loaf of bread as local bakers Dennis Kirkpatrick and Ric Hunt had the oven working overtime.

Plans to restore the building and its brick and stone oven began in 1991.

Teviot Community Board chairman Raymond Gunn said the day was the culmination of long fundraising effort. 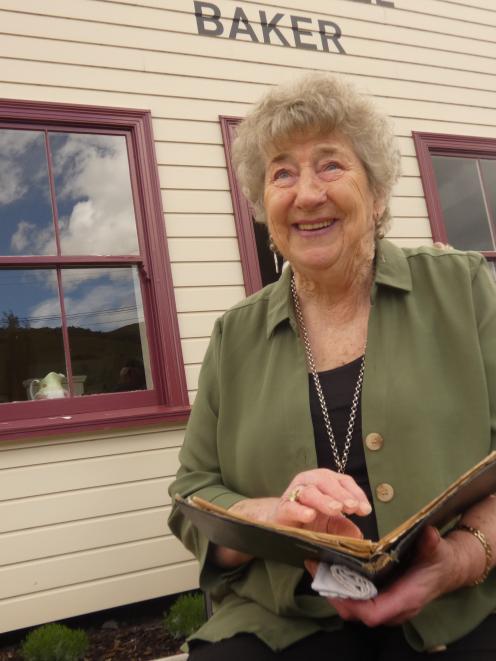 Millers Flat Bakehouse Restoration Trust chairwoman Betty Adams chuckles at some of the old recipes found in the original bakehouse cookbook.
"It's a significant thing for Millers Flat, when you consider what it looked like beforehand.

"It's an amazing restoration.''

Mr Gunn said the bakehouse committee was not expecting such a significant turnout.

"People have come a long way, so it does mean a lot.''

Although tearooms continued on the premises, the bakery ceased operation in the 1950s when local baker Frank Vercoe consolidated his entire operation in Roxburgh with new electric ovens.

The bakehouse was built in 1908 by Louis and Rosa Faigan, who ran the grocery store next door.

The business later passed to Nathaniel Campbell and then to Mr Vercoe.

An original bakehouse cookbook, which included recipes written in the original pen and ink, was also given to the committee.

The bakehouse museum is open for three hours most days, and the kitchen will open occasionally. 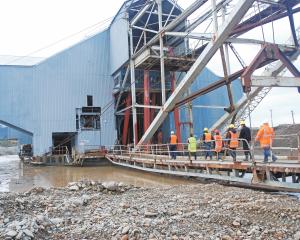