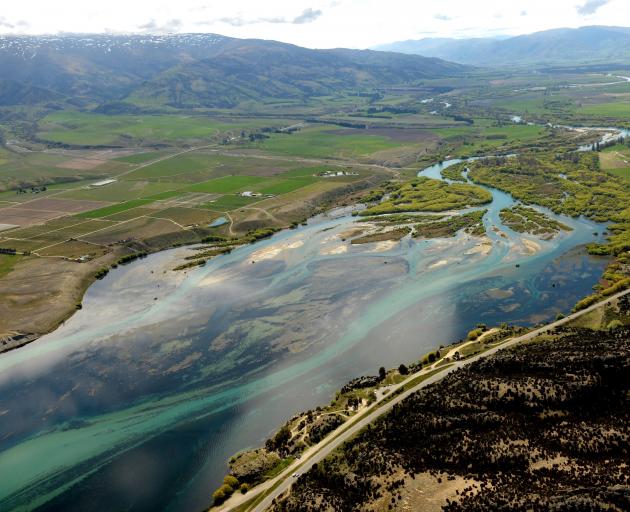 The Clutha River at the head of Lake Dunstan near Bendigo clearly illustrates how it is reverting to a braided river. PHOTO: STEPHEN JAQUIERY
Enjoy it while you can.

Properties with a lake view on the Kawarau Arm of Lake Dunstan will cease to exist as the river transitions to a braided form.

That calls for co-operation between stakeholders to manage the transition, Contact Energy and the Lake Dunstan Charitable Trust say.

Sediment build-up throughout the Kawarau Arm, aquatic weed and driftwood along the shoreline have raised the ire of Cromwell residents, many placing the blame squarely on the Clyde Dam and consequently its owner, Contact Energy. 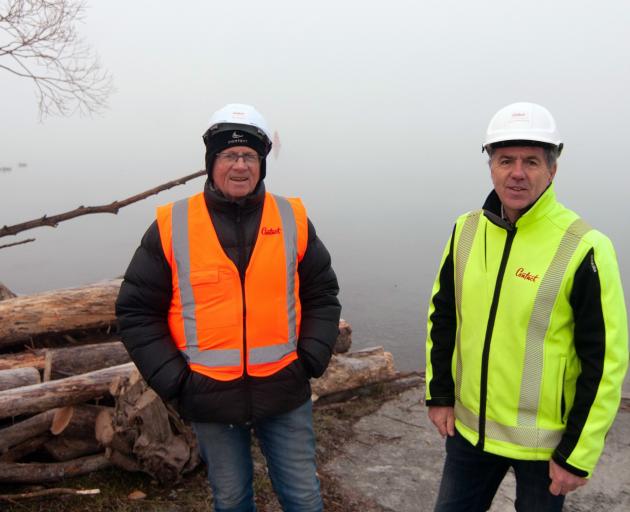 Contact Energy dam safety team engineer Denis McEntyre (left) and head of hydro Boyd Brinsdon at the Butchers Dr boat ramp. Contact Energy has been removing driftwood from the area as part of its management of the visual amenity of Lake Dunstan. PHOTO: SHANNON THOMSON
Contact Energy head of hydro Boyd Brinsdon said sediment calculations made by Niwa at the time of the dam’s construction aligned with what was happening in the Kawarau Arm, and had been since the lake was formed in 1993.

The difference was, now it was more apparent to residents.

It was calculated one million cubic metres of sediment, the equivalent volume of the concrete used to build the Clyde Dam, flushed through the Kawarau Arm annually from 1994 to 2018.

Mr Brinsdon said it was known as the tipping face — when river velocity slowed, causing sediment suspended in the river to ‘‘tip out’’ on to the riverbed, resulting in a braided river.

The visual effects of the transition have been a source of ire for Cromwell residents and lake users for years and highlighted a perceived lack of lake care by Contact Energy.

Mr Brinsdon said that was far from the truth and the company had created a landscape and visual amenity plan for the riverbed part of its resource consent requirements for operating a hydro dam. 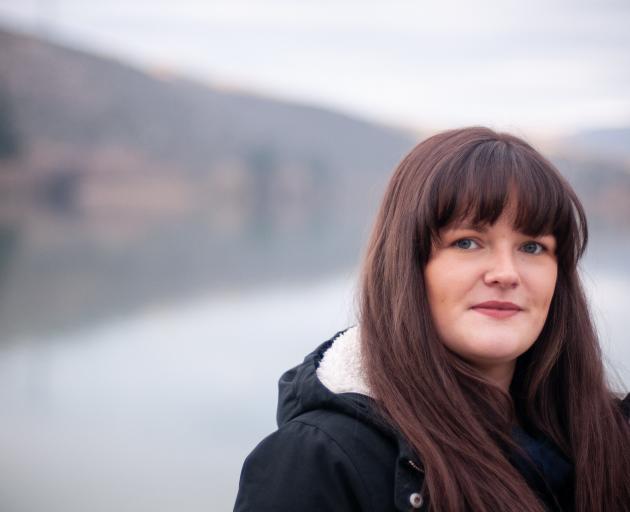 Lake Dunstan Charitable Trust community engagement co-ordinator Megan Phillips says transparency in communicating the transition from lake to river is an important step. PHOTO: SHANNON THOMSON
An example of this was the driftwood removal Contact had undertaken from the Cromwell Heritage Precinct and above the Butchers Dr boat ramp.

Contact also worked with Land Information New Zealand (Linz) on the management of the invasive lake weed lagarosiphon, contributing financially to help keep it at bay.

It was about people realising the return to a braided river was ‘‘inevitable’’, Miss Phillips said.

‘‘If done right, the transition of the Kawarau Arm back to river would create a beautiful area for the community to enjoy.

‘‘At the moment the Kawarau Arm is all about what has been lost, but we want to change it to what we gain.’’