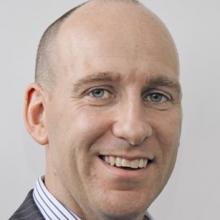 In a response to the council’s "urgent request" for information, Aurora Energy chief executive Grady Cameron gave assurances it would prioritise the replacement of compromised poles near schools and in  high-density areas.

Mr Cameron also revealed that, of the 2910 compromised poles it had identified, the majority (1930) were in Queenstown and Central Otago, not  Dunedin.

The council wrote to Aurora seeking the information because  many poles were on its land and it had a legal responsibility to "take all sufficient precautions" to ensure people were safe on and around its roadways.

"Council is concerned regarding the risk that unsafe poles pose to users of  council-managed  land, and has a legal responsibility under the Local Government Act to follow up on this matter," council infrastructure services manager Julie Muir said in the letter.

The request and Mr Cameron’s response was included in the agenda for the council’s  audit and risk committee meeting next week.

Ms Muir said in the agenda it was now seeking further information  regarding the location of "dangerous" poles, the replacement programme and any mitigations required in the interim.

It had also requested clarification on the scoring system used to rate poles to "enable us to better understand the risk that may exist".

Mr Cameron’s initial response included new information about  its  $30.4 million plan to replace poles over the next 14 months,  with  details about how it will prioritise  replacement.

"That will ensure poles near schools and  high-density public areas, including Alexandra, Cromwell, Roxburgh and Clyde townships, are replaced first."

The accelerated programme, which is  to start in March,  would  increase the number of crews working in Central Otago and the Queenstown Lakes  from three to five. Before that started,  Aurora had instructed its sister company Delta to accelerate the replacement of poles identified as posing the "highest risk of  near-term failure".

The letter, addressed to Mayor Tim Cadogan and chief executive Leanne Mash, contained no admission  the network was unsafe, instead referring to "public confidence".

"Tim, Leanne — I look forward to meeting you in person soon to discuss our plans and the steps we are taking to maintain your and the public’s confidence in the safety of our network."