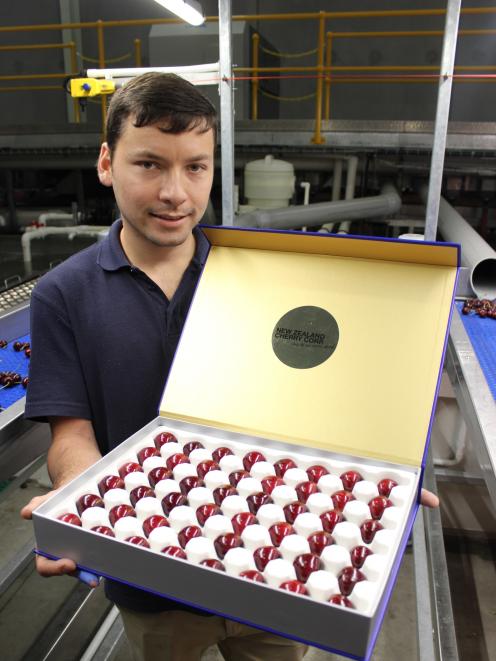 However, an attempt to introduce the luxury gifts to the New Zealand this year at a discounted price were not so well received.

The premium packages hold 48 of the highest-quality premium cherries laid out in a carton lined with gold foil and cost overseas buyers $100 a box.

They were brought out before Chinese New Year as that market "appreciated quality", he said.

"Gift-giving is an important part of the holiday and nutrition is very important to them. They also recognise the New Zealand origin as something pure."

This year the company tried to sell the packs within New Zealand online for $39, but they were withdrawn after being criticised for exorbitant pricing, he said.

"We received a lot of negative feedback. People would compare them to the price at the supermarket, but that’s like comparing boutique wine to cask wine.

"But some people defended us, saying no-one has to buy them. We also have a lot of other options both online and in stores, and last year the cherries we sold locally were also determined to be export quality."

The cherries in the packs need to be large and completely defect-free.

To ensure this the 3500sq m packhouse utilises its equipment which takes 72 photos of each individual cherry to determine colour, bruising and splitting.

"Only 1% of our cherries will be the right quality and size for these boxes. It would take six staff members two and a-half minutes to pack a box."

There was "huge demand" from the Asian market for the packs, which always wanted more than could be produced, he said.

They were also in popular in some countries which did not celebrate the holiday, such as Russia.

Next year the company plans to spray  its logo on to each  cherry in the box with a gold-coloured flavourless gelatin.

"For children you would give them money or candy. You give the best presents, like fruit, to parents and grandparents."