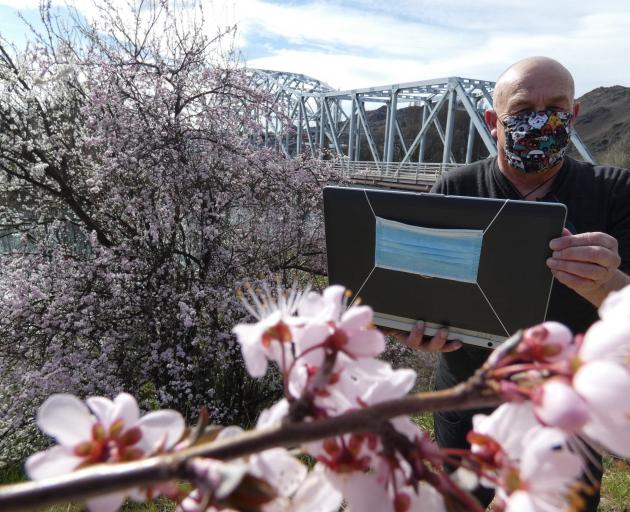 Cr Martin McPherson, who is the festival event manager, skipped out of a full council meeting last week to deal with the fallout.

The extent of the hack went far beyond his expectations with some 3000 emails bouncing back to him over four days.

As reported in The News last week, emails purporting to be from the Alexandra Blossom Festival started circulating and then became a problem.

The emails dated back as far as 2014, sent between Mr McPherson and the wider community.

They were duplicated emails sent between parties and reappeared as a reply, in some cases making note of an invoice attached.

‘‘It steals all your emails and dumps them on another computer offshore and fires out bogus ones,’’ he said.

Just as Mr McPherson announced the event was still on the 2020 calendar following the Covid-19 outbreak, he got slammed with the barrage of emails.

The attack did not sit well with him. ‘‘I needed that day like another hole in the head. ‘‘I’m trying to organise a blossom festival under Covid-19 restrictions.’’

He did not attend the latest council meeting, instead taking numerous calls.

‘‘My phone was ringing every 10 to 15 minutes.’’ He spent the day reassuring people and keeping them up to date with what was happening.

‘‘You only don’t go to [council] meetings if you are unwell or detained. ‘‘I missed discussion with my colleagues on decision-making.’’

On the morning it began, Mr McPherson was about to start working on the market site layout.

‘‘That was last week’s job and I’ve started on it this week,’’ he said.

He believes he ‘‘inadvertently’’ opened an infected email.

Mr McPherson called on help from a specialist at myITmanager who stripped the computer ‘‘bare’’, ran checks on it and uploaded a cloud-based email programme.

‘‘It appears the problem is now fixed,’’ he said.

The myITmanager security specialist, Greg Adams, said Mr McPherson’s call for help was one of about four the company was working on within Central Otago last week.

He said the issue was still under investigation.

The Alexandra Blossom Festival, which has been running since 1957, was not alone in being targeted by a cyberattack virus.

Everything from major media websites to the NZX were also targeted at the same time.

Mr Adams urged people to be cautious when receiving emails that appeared legitimate but unusual in context, for example email correspondence from a year ago or more.

He said people should contact the sender by telephone rather than reply to the email directly online to find out what it might be about.