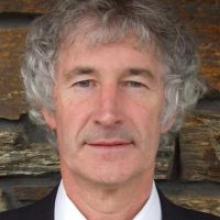 Richard Fowler
The Department of Conservation says it has a "neutral stance" on the proposed amendment to the Nevis River Water Conservation Order.

Doc's counsel Pene Williams told the special tribunal considering the amendment yesterday that the department neither supported nor opposed the application.

If the tribunal decided to allow the amendment, a new water conservation order would prevent any damming of the river.

However, the existing water conservation order did not rule out hydro development, so if the status quo was retained, Pioneer Generation would be able to proceed with its plans for a dam.

The power company already owned the pastoral lease on the land it needed for the hydro development and the tribunal was told on Wednesday if Pioneer was able to proceed with its plans and had the other consents required, the Minister of Conservation would not stand in the way of a hydro development on the Nevis.

Pioneer was going through the tenure review process with Doc and it would freehold some of the land and return 10,800 ha to the Crown as public conservation land.

"Isn't there a definite strand to your case which clearly is pointing towards declining the application?," tribunal chairman Richard Fowler asked Ms Williams.

"I wouldn't go that far; we're not against the application," Ms Williams said.

New Zealand and Otago Fish and Game Councils have sought the change to the conservation order so that dams on the river are banned.

If the tribunal decides to allow the change, Pioneer will not be able to proceed with its plans for a dam.

The Minister of Conservation made the initial application for a water conservation order on the Nevis in the early 1990s, to protect the outstanding characteristics of the river.

Ms Williams said the Nevis Valley was made up of a mosaic of former and current pastoral leases, including the pastoral leases for Ben Nevis and Craigroy, which were now owned by power company Pioneer Generation.

Pioneer had bought the lease with the aim of entering the properties into the tenure review programme to secure freehold ownership of any possible lake footprint as part of a hydro-electric development.

As a result of the tenure review process, conservation reports had been prepared on the properties.

"Ironically, it is the process of tenure review and Pioneer's possible intentions for the land which has resulted in further information becoming readily available, which Fish and Game and others now partly rely on, in support of this application," Ms Williams said.

It was in 26 places in the Nevis, three within the area which would be inundated if a hydro dam went ahead.

• Doc Otago Resource Management Act planner Bruce Hill said all the matters raised by the applicant would be covered in getting resource consents to construct, operate and maintain a hydro scheme on the Nevis.

The consents would be a mix of land use consents from the Central Otago District Council and land use, discharge and water permits from the Otago Regional Council.

Players: New Zealand and Otago Fish and Game Councils want the changes, Pioneer Generation and TrustPower are among those in opposition.

Quote of the day: "So these are the Sherpa Tensings of the fish world?" - Special Tribunal chairman Richard Fowler asking about the ability of koaro fish to climb over barriers. Koaro are predators of Gollum galaxias fish.