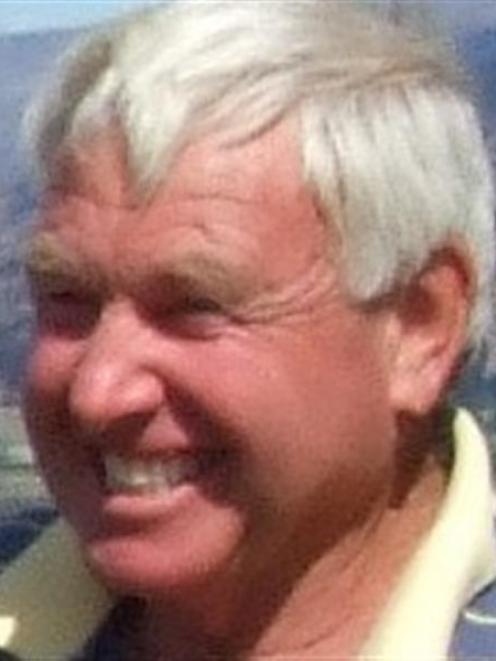 Peter Jolly.
A potential multimillion-dollar irrigation scheme in Tarras, albeit a controversial one, is entering an ''absolutely exciting'' time, Tarras Water Ltd chairman Peter Jolly says. The company's final prospectus was released last week and its share offer will open later this week.

The prospectus states the shares would be offered from today but Mr Jolly said there were still a few loose ends to be tied up and he hoped the offer process could begin tomorrow.

Though there had been dissent among some of the smaller shareholders, Mr Jolly was ''reasonably'' confident the required shares (70% of total shares) would be taken up.

''You can't be overly confident about these things. You can't be till the fat one sings.''

The release of the prospectus and share offer was the culmination of much work during the past six years, he said.

''A hell of a lot of work has gone in, and in the last 12 months it's got progressively more.''

The remaining percentage of shares, expected to be 30%, will be known as class A redeemable preference shares and it is hoped a dry shareholder will come on board to pick them up.

The company has asked the Otago Regional Council to be the dry shareholder.

The council is expected to make a decision at its June meeting.

The prospectus states the share offer is to close at 5pm on May 22 with the dry shares (class A) closing two days later.

Mr Jolly said those dates were just targets and the company directors could hold the prospectus open longer to await for the council's decision.

He said the target dates arose after pressure to begin construction in order to meet the October 2014 commission date.

Mr Jolly hoped to see the successful contractors on site in June.

A total of 5999 shares will be on offer with each share equal to 1 hectare worth of irrigable land.

It is expected the share offer will raise $7,840,092, and the issuing of redeemable preference shares or further new shares is expected to generate $3,360,039, and a bank loan is expected to cover the remaining $26,133,640. If the regional council agrees to become the dry shareholder, the Central Otago District Council will guarantee that bank loan up to a value worth 20% of the capital value of the scheme.

Other costs likely to be incurred by shareholders include $185 per share for electricity within the first year and an initial $452 per share for the likes of servicing debt, insurance and legal costs.