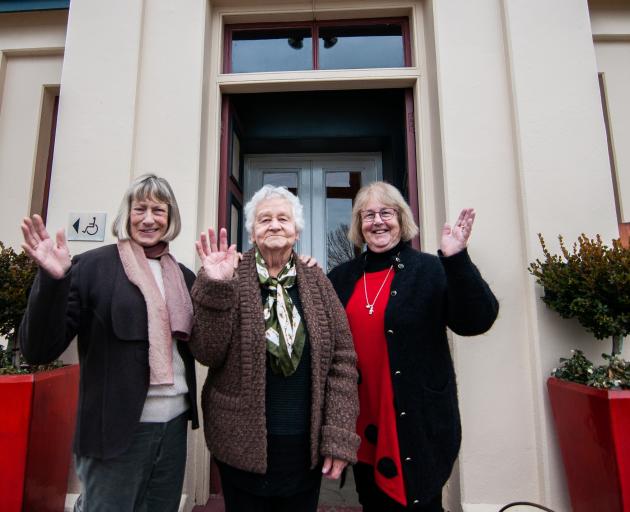 Together the trio, founding organiser Liz Pratt, along with Billie Tohill and Suzette Battrick, have championed the competition almost since its inception.

Mrs Pratt founded it with her late sister-in-law Pam Love in 1996, to recognise the contribution older women made to the community and it has gone on to become a core part of the festival.

In the beginning entry numbers were between 17 and 20 consistently, she said.

Mrs Pratt said she had covered all aspects of the competition from liaising with clubs to gather entries, organising judges, and the grand finale event each year — dubbed ‘‘The Occasion’’, where the senior queen is crowned.

Mrs Tohill said she believed the competition needed a ‘‘bit of a new look’’ and hoped by stepping down that could happen.

Her role was arranging the entertainment for The Occasion.

Mrs Battrick’s association began with the Lions Club before she became involved behind the scenes.

Recognising women who had contributed to the community was rewarding, although some women baulked at being called ‘‘senior’’, she said.

In recognising women’s efforts in the community, the organisers often learned more about the women entered.

Alexandra Blossom Festival event manager Martin McPherson said the women had been showcasing the deeds of others and it was time for them to be celebrated.

In a gesture of thanks, the three were celebrated at a special high tea at the Courthouse Cafe in Alexandra on Thursday, each receiving a gift from the festival committee.

The Alexandra Blossom Festival committee is now seeking expressions of interest from people wanting to be involved in the organisation of the competition.