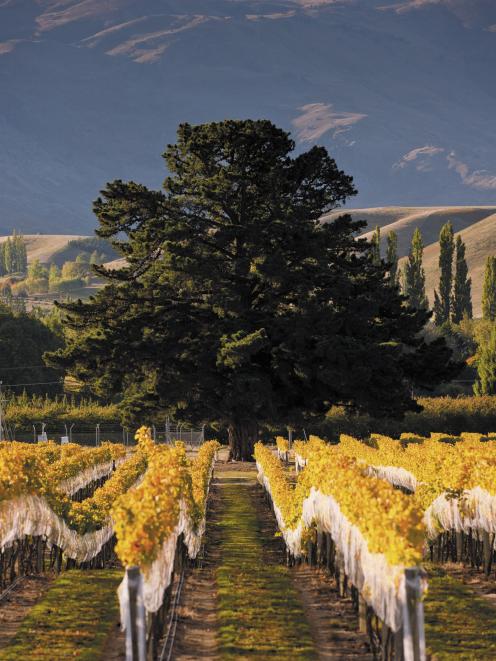 The Wooing Tree vineyard site. Photo: Supplied
The first sod will be turned at a new Cromwell subdivision this month following resolution of strong opposition in the development’s planning stages.

It follows mediation in January following an appeal to the Environment Court about plan change 12, to rezone 25.4ha of land at Wooing Tree to allow intensive residential development.

The Central Otago District Council hearings panel considered the plan change in November 2017 and released its decision in February 2018, allowing the plan change, with conditions.

A group of submitters — the Lakefield Estate Unincorporated Group — opposed the decision and the subsequent mediation delayed a start on the subdivision.

Stage 1 of the development comprises 33 residential sections, ranging in size from 500sqm to 1000sqm and will begin this month.

Civil works expected to be completed by February 2021.

"The vineyard and cellar door remain open and will ultimately be relocated in the next phase of the development."

The cellar door would form part of the new neighbourhood, Mr Farquharson said.

Veros Property senior development manager Sean Haynes said section sales had been strong since going to market in May.

Those stages would be the first to be built.

"We have some excited new section owners, including locals, expats and local building companies.

"We continue to field strong inquiry locally, from across New Zealand and from overseas, which gives us great confidence going forward," Mr Haynes said.

Veros Property is the company managing the development.