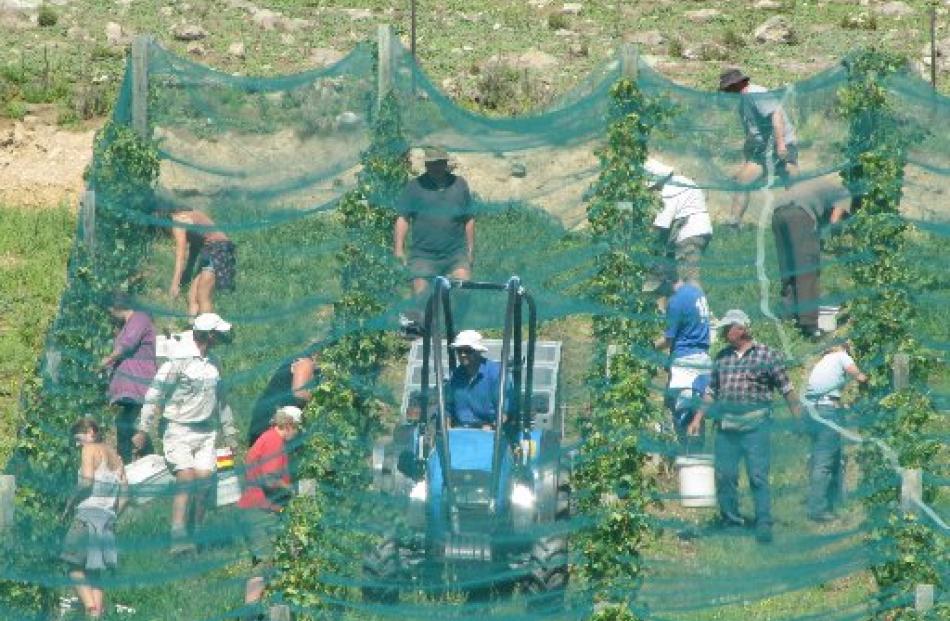 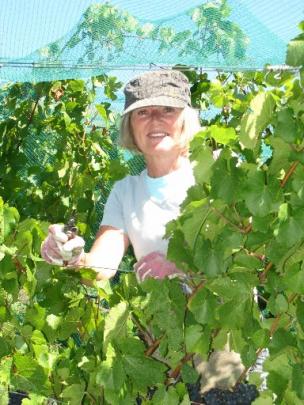 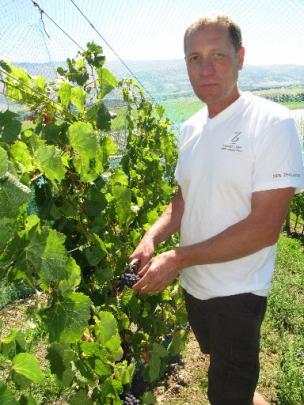 Wine is one of Central Otago's key industries, pumping millions of dollars into the local economy, and after fears a significant amount of fruit would be lost to disease, a great vintage is predicted from this season. Reporter Sarah Marquet finds out why.

A warm spring, leading to good flowering and fruit followed by a hot summer allowing growers to apply water stress to theirgrapes set up a good season for Central Otago wine makers, and the "spectacular Indian summer" has dried up any botrytis that was threatening crops.

Central Otago Winegrowers Association president James Dicey said rain last month had resulted in botrytis and growers had been "balanced on a knife edge", but the "spectacular Indian summer" the region was experiencing meant "we have crept back from the edge of the cliff" and the fungus, known in the industry as noble rot, had dried up.

"Central Otago is going to have a great vintage. Things are looking very good this season."

He said the grapes had "wonderful fruit flavours" and less sugar, which would hopefully produce "balanced and flavourful" wines.

However, it got cooler earlier than expected and thoughgrapes are quite frost-hardy, it slowed the ripening process and delayed veraison (colour change).

As a result, harvest was about five days later than usual, he said.

At the moment, most wineries are still picking grapes but some have finished and some have begun processing the grapes.

Quartz Reef, in Cromwell, is one of the first wineries to pick in Central Otago, about a month before others for their sparkling varieties, which need more time to ferment.

Wine maker Rudi Bauer said he would get 120 tonnes of grapes, about 60% pinot noir grapes and 40% chardonnay, for his sparkling wine, creating 100,000 bottles, which would be sold mainly on the local market.

As well as sparkling wine, Mr Bauer's specialties are pinot noir and pinot gris, of which about 50% would be exported.

He said only making three varieties was a strategic decision for him, so he could focus on the quality of the wines.

Both he and Mr Dicey said it was the quality of Central Otago wines that set the region apart.

"We control the yield to make sure we focus on quality, not quantity," Mr Dicey said.

Mr Bauer said throughout the region there was "an extraordinarily pure expression of the varieties ... such clarity in flavours".

He said this was especially true for pinot noir, which was "very well suited for the region" because of the warm days and cool nights which produced a freshness and crispness of flavour.

"As a region, we're gaining more and more reputation and are producing world-class wines which is very satisfying, because the region is only 25 years old.

"The reason this region has done so well is because growers are willing to work together. It's one of our fortes," Mr Bauer said.

Mr Dicey said from the 1600ha of vines planted in Central Otago, 7000-9000 tonnes of grapes were usually harvested each year.

Each tonne would make about 70 cases (12 bottles each) of wine.

He declined to divulge the market value, but said a bottle of Central Otago pinot noir averaged $32 at retail, while white varieties averaged $22 a bottle.

He said some wineries exported 100% of their wine, while others exported none. He estimated, overall, about 40% of Central Otago wine was exported.

He said the industry continued to build demand for the region's wine through marketing, working with New Zealand Trade and Enterprise.

New overseas markets were opening up, such as Brazil, Bahamas and Russia but particularly Asia.

The key markets were Hong Kong and Singapore, because they were "gateways" to other burgeoning Asian markets, such as Vietnam, Thailand and China, he said.

The only thing that could disrupt the season now would be "a massive amount of rain or anything below a two-degree frost ... but we frost-fight and keep our fingers crossed that we don't get any rain. There's nothing we can do about it if we do.

"I can only express heartfelt sympathies to my colleagues in the North Island [who have received a lot of rain]."