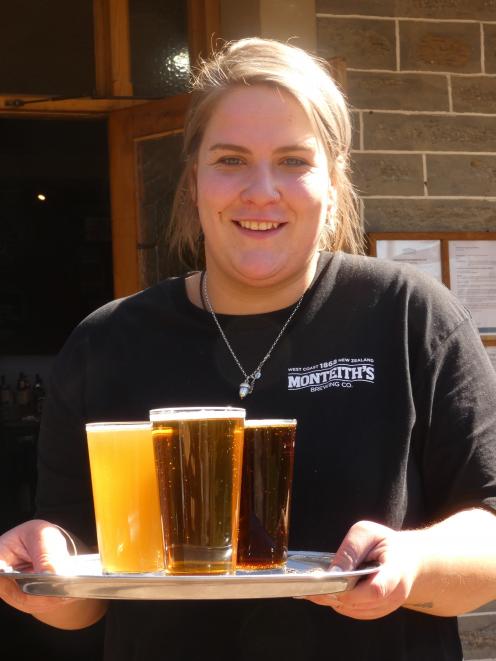 Affordable housing in the district has been pinpointed as one of the key factors hindering business owners' efforts to secure restaurant and bar staff.

Immigration New Zealand procedures and wages offered in hospitality were also not easing the load for the industry.

Otago Chamber of Commerce chief executive Dougal McGowan said there were a variety of issues playing into the region's hospitality space.

''The cost of rental housing is definitely doing that (affecting hospitality).

''Airbnb, where people are putting their houses out for short-term rather than long-term which means that constricts that market again.''

The weight of the region's housing woes was illustrated by a housing report commissioned by the Southern District Health Board last month.

''Unfortunately, unlike Europe for example, hospitality is not often seen in New Zealand as a stable career option - more of a stopgap between jobs.

''As owners we currently do 65-70 hours per week, this will increase during summer to around 90 per week. This is clearly unsustainable.''

''With rent it is very hard for people to move down and get a rental around here, so people aren't moving anymore because they've got houses and they can't find any here.''

''It would certainly help if we could recruit from overseas for those lower-paid roles.

''There is just not the number of New Zealanders around looking for hospitality work in the regions like Central Otago.''

He was hoping to fill about six to eight roles for the busy summer period.

The pressure was being felt in more rural spots.

Chatto Creek Tavern is after a handful of staff for front of house and chef roles.

A staff member said it seemed to be a lot harder this year compared to previous years.

I really wonder at Mr Macintoshs comments: "hospitality is not often seen in New Zealand as a stable career option".
He is offering 5 or 6 summer jobs. Not real employment. Nothing someone can go and do and pay the rent and eat for the whole year. Little wonder people can't afford to take one of his jobs.

Hi Keith - What was left out of our discussion with the ODT was the fact that our 16 employees are all paid a living wage - well above the industry norms. Our search for additonal staff includes 2 additional full time staff and 4 or so backpackers or travellers who only look for 2-3 months of work before moving on. The additional staff are sought so that we can manage work loads and create work life balance for our existing employees - thereby reducing staff turnover and eliminating burnout. Ask any hospitality business who experiences extreme peaks in trade during a small part of the year and they will tell you a solid core of team members supported by short term temporary staff is the only way to survive. The point of our discussion was not if people can afford to take hospitality jobs, it was more of where can we find suitable candidates and how the hospitality sector can itself increase and improve the labour pool