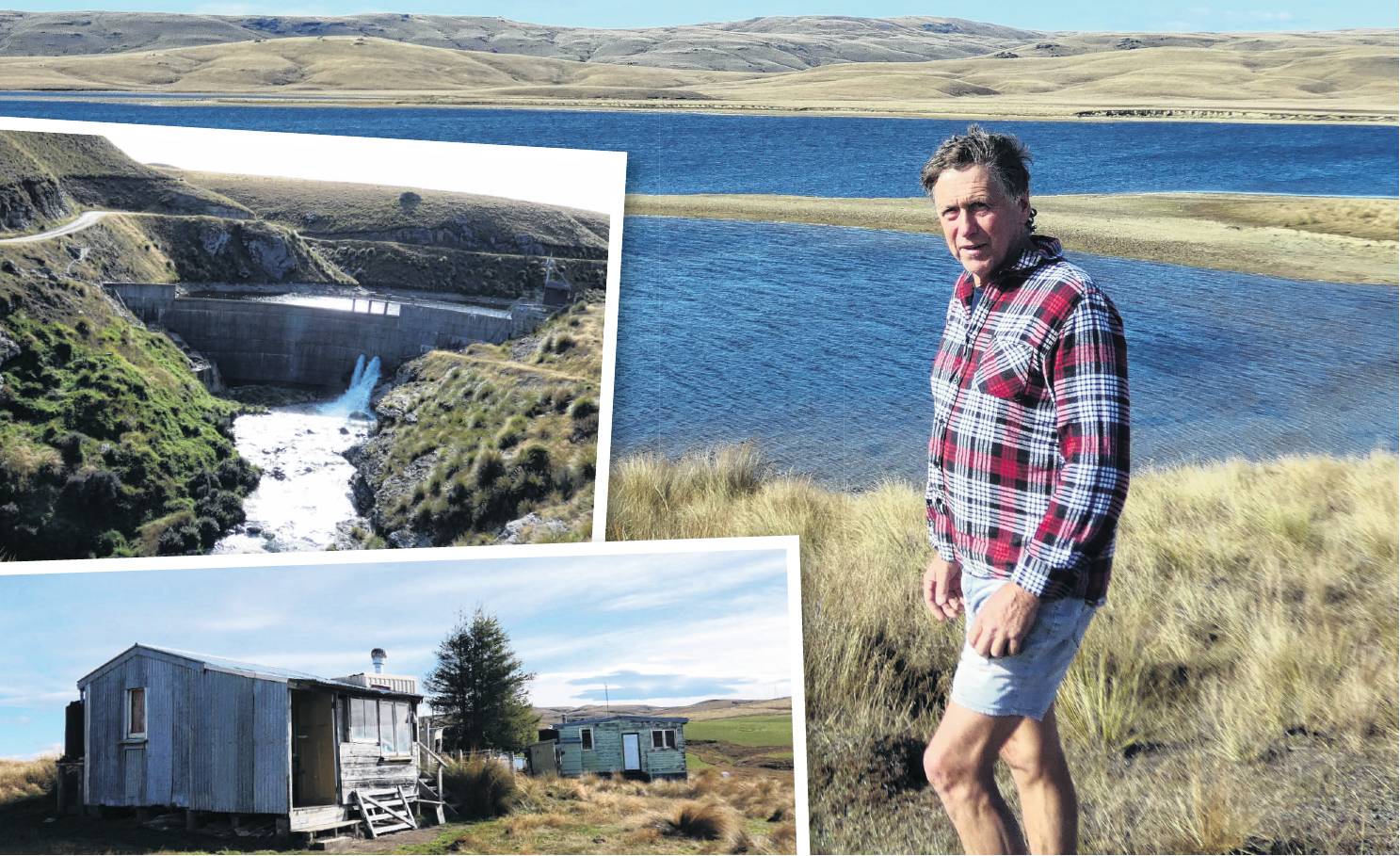 Teviot Angling Club captain Graeme Rae says the club is concerned about the impact an increased water take by Pioneer Energy will have on the lake’s brown trout. Pioneer Energy controls the level of Lake Onslow and wants to alter how much it can take from the Lake. PHOTOS: JARED MORGAN
Members of the Teviot Angling Club feel railroaded into a increased water take from Lake Onslow for hydro-electric generation.

They say it may put the brown trout fishery at risk and claim Otago Fish & Game has not supported a club that boasts 150 members from Canterbury to Southland.

A resource consent application by Pioneer Energy to the Otago Regional Council (ORC) seeks to change two of the permits, water and dam, the electricity generator already holds in relation to the operation of the Lake Onslow hydro-electric power generation scheme.

The existing permits restrict the draw down rate (or water take).

As the permits stand, the draw down rate should not exceed 0.2m per seven days.

Pioneer seeks to amend the condition to increase the draw down rate to 0.5m over seven days, to allow for more electricity to be generated.

Teviot Angling Club captain Graeme Rae labelled the move "corporate greed" and said increased draw down could wreak havoc on what was the finest brown trout fishery in New Zealand and potentially one of the best in the world.

However he was noticing a significant decrease in the quality of fish caught from the lake.

The angling club had been presented with a pre-prepared affected party form that would give unconditional written approval to the ORC for the application to be approved, he said.

"That’s like presenting an amended will to a dying man and asking him to ‘just sign it’."

Documents received by the club from consultancy firm Landpro earlier this month included the affected party approval form, the original application and assessment of environmental effects, an email dated December that detailed any changes and a summary of suggested changes from ORC, consultancy company Aukaha, the Department of Conservation, and Fish & Game.

Any changes from the original application appeared to be cosmetic, he said.

"It is Fish & Game that has really let us down."

He was concerned the revised application deemed the effects of the increased water take to be less than minor and the changes would not be publicly notified.

The application states while the Teviot Angling Club had submitted in support of the original application in 2006 when the draw down rate was set at 0.2m/week, there were not expected to be any adverse effects requiring notification this time.

The club was therefore not considered to be affected by the proposed change, the document says.

It looked like the application was "fait accompli" and he believed Fish & Game had not acted in the best interests of fishers, Mr Preedy said.

The Pioneer Energy application predates the $30million New Zealand Battery Project, a Ministry of Business, Innovation and Employment initiative that would use Lake Onslow as effectively a giant storage battery.

Unlike most hydro dams, the lake would pump water uphill, ready to flow back and generate power when needed in a "dry year" for hydro-electric generation.