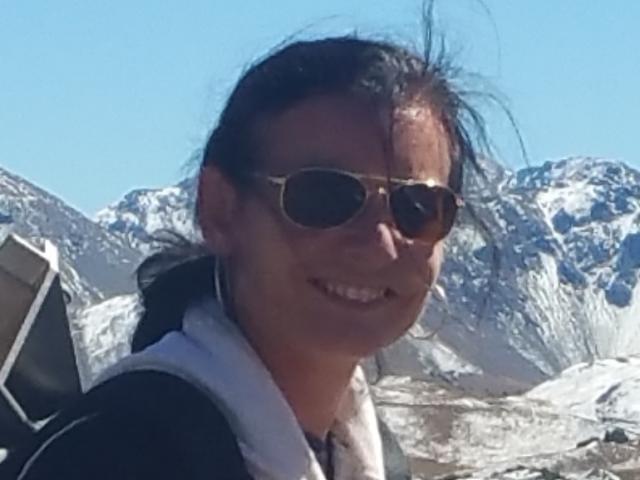 Delwyn Moller.
An award-winning Nasa scientist has been appointed director of research for the Centre for Space Science Technology (CSST).

The appointment of Delwyn Moller was announced yesterday.

Dr Moller was born and raised in the Waikato, studied at the University of Auckland and went on to design and implement technology for Nasa space missions. She will be moving to Central Otago from Los Angeles with her husband and two children.

CSST chief executive Steve Cotter said Dr Moller's contribution would be invaluable to CSST and to New Zealand as a whole.

''We are excited to welcome Delwyn and her family back to New Zealand, and to CSST. Delwyn's experience and approach will be vital in establishing an agile, yet long-term research strategy for CSST - one that will help translate Earth observation data into valuable learnings for New Zealand industry, government, businesses and researchers.''

She earned her bachelor's and master's degrees from the University of Auckland and completed her PhD at the University of Massachusetts Amherst, in the United States. She started her career working on system design, fielding and data analysis for oceanic remote sensing, which led her to a role at Nasa's Jet Propulsion Laboratory (JPL) focusing on system engineering for satellite and suborbital radars.

Since 2008, Dr Moller has been working for Remote Sensing Solutions (RSS) as a principal systems engineer focused on next-generation sensors and products for Earth observation.

She said her values and the way she liked to work aligned well with CSST.

''Primarily my professional work has been for Nasa, with a strong focus on academic collaboration and networking. As such, I share and embrace the core values of CSST as a research-focused, non-partisan organisation with the principle that data and information be as openly available as possible.''

Mr Cotter said Dr Moller was the ''right person'' for the director of research role ''because of the leadership role she has had in development of new remote sensing and Earth-observation technologies. Her depth and breadth of experience in this field and her open and collaborative approach are exactly what the space industry in New Zealand needs. We are delighted she accepted the role and look forward to working alongside her.''

In addition to her high-calibre professional background, Dr Moller has also been a volunteer emergency medical technician and is a qualified helicopter pilot, former tornado chaser and a brown belt in Brazilian jujitsu.