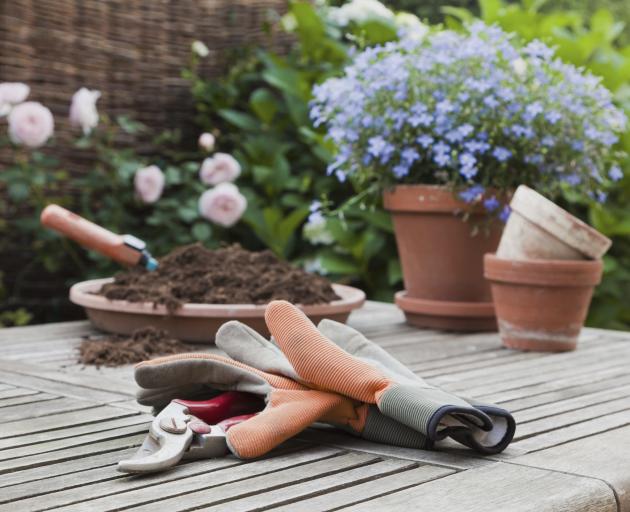 Legionnaires, also known as legionellosis, is a type of pneumonia caused by bacteria commonly found living in potting mix, soils and compost. Photo: Getty Images
A recent death from Legionnaires' disease in Central Otago is prompting further warnings from the Southern District Health Board.

A Southern DHB spokeswoman confirmed a recent death from the disease in the Southern district had occurred, in the Central Otago region.

No details were available, as the incident remained under investigation.

It followed news earlier this month that a Dunedin man had died from the disease, which he is believed to have contracted from compost.

Legionnaires', also known as legionellosis, is a type of pneumonia caused by bacteria commonly found living in potting mix, soils and compost.

Medical Officer of Health Dr Anura Jayasinghe said the risk of acquiring a legionella infection was greatly reduced by taking care when dealing with compost, potting mix or any form of soil or dirt.

"If flu-like symptoms start to develop after handling potting mix/soil, contact your doctor and inform them of your recent gardening activity so they are aware it may not be a typical flu virus."

She said legionella bacteria was widespread in the environment, but it usually did not cause illness.

"It lives in soil, compost and potting mix and aquatic environments such as rivers, lakes and reservoirs.

"It prefers warm, moist conditions and has been found in any type of water system."

The total of eight legionellosis cases reported to the board this year was significantly down on 2018's numbers.

A total of 21 cases had been recorded last year.