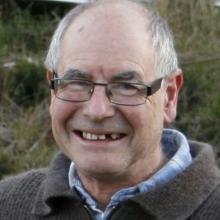 Eric Swinbourn
Construction of Naseby's summer luge is expected to begin this summer, the project having finally reached its $80,000 fundraising target.

Naseby Summer Luge Trust chairman Eric Swinbourn announced the milestone yesterday and said the trust was "excited" about the next stage.

The money will be used to rebuild the former Coronet Peak Cresta Run (Alpine Slide) - which was given to the trust by Erna and Tonnie Spijkerbosch, of Queenstown, and David and Jenny Proctor, of Australia - at the Naseby Adventure Park.

Mr Swinbourn said the track would be about 360m long and drop 30m over its course, and it was expected riders would reach up to 35kmh.

A second Give-a-Little campaign would be launched shortly to raise the remaining $3000 estimated to be needed.

However, the project would also rely heavily on donated labour and services.

He hoped pre-construction work could begin before Christmas and the luge could be tested and commissioned early next year. It would initially operate daily during school holidays and weekends, and on-demand at other times.