Manuherikia report to go to CODC 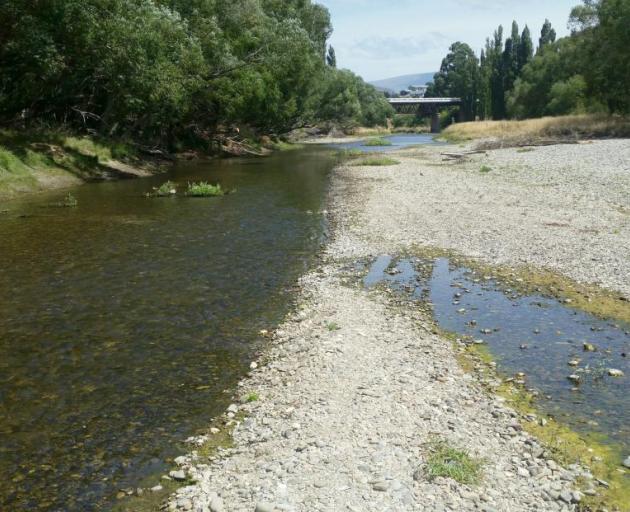 That conclusion was reached at a meeting of the Otago Fish & Game Council held in Roxburgh yesterday.

Fish & Game council members decided to widen the scope of the report presented at the meeting by sending it to the district council in addition to the Otago Regional Council, as originally recommended.

The report presented at the meeting outlined point-by-point examples from numerous reports of the degradation in water quality in the Manuherikia River catchment over the past decade and led to considerable discussion among councillors.

Cr Dan Rae described the condition of the river as a "tragedy in the making".

The river at Shaky Bridge in Alexandra was unsafe for children to swim in and he questioned how long it would take to make it safe again.

Cr Rae Grubb said he wanted to know how much information was coming from the Otago Regional Council regarding water quality in the Manuherikia.

Otago Fish & Game chief executive Ian Hadland said there had been a lot of talk for the regional council about water quantity and not a lot about water quality.

Cr Grubb said he believed the standards set by the regional council were not being met.

"We are so far behind the 8-ball about water quality in that river and this is not about fishing — this is about the public good."

"We are told it wasn’t the district council’s role to tell people what to do with their land but all we are now seeing is the flow-on effects of allowing land use in the valley that was inappropriate."

"It doesn’t matter that their kids in Alex [Alexandra] want to swim at the Shaky Bridge, they want to grow a turnip up the valley, and this has been for 20 years — the CODC has some accountability."

Council members agreed to receive the report and provide copies to the Otago Regional Council, the Central Otago District Council, and to the Manuherikia Reference Group.