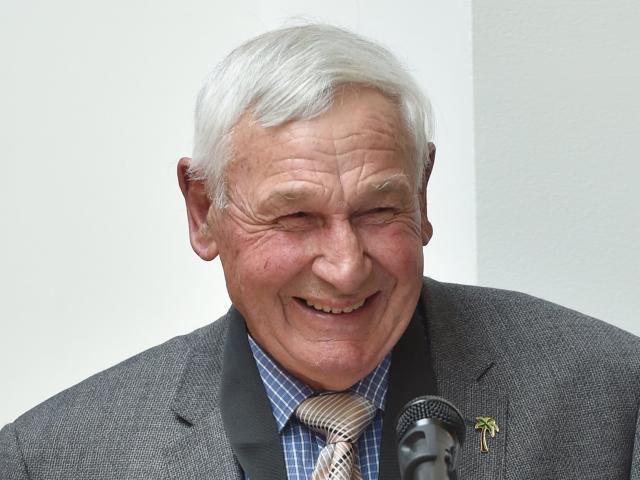 Barry Becker
The Brass Monkey Rally has been labelled a ‘‘money-spinner’’ for the Ida Valley and wider community, making it crucial an alternative is found, organisers say.

This year’s rally may be the last but organisers say the event will go out with a roar before the Otago Motorcycle Club looks at more widely investigating alternatives to the rally.

That is something the Oturehua Winter Sports Club and wider community is counting on.

Club treasurer Barry Becker said the event was significant for the club and finding an alternative was at the centre of a meeting on Monday evening.

‘‘The rally has been a money-spinner for the club and for everywhere from Alexandra to Palmerston.’’

In its heyday the rally was estimated to bring a cash injection of $25,000 to Palmerston businesses alone ‘‘just from the guys passing through’’, he said.

As with the Brass Monkey, the club would be doing the catering for any replacement event. Profits from rally gate takings and catering was a significant part of the club’s income.

Rally committee member John Willems earlier this week said an alternative event would be settled on once the final rally was out of the way.

‘‘The club is looking at doing something earlier in the year. It’s got to be a different date otherwise it might as well be another Brass Monkey.’’

Crucial to the success of the rally was the support of locals and the event was a ‘‘bit of a money-spinner’’ for Ida Valley businesses, he said.

However, the Brass Monkey itself had ‘‘run its course’’.

For stalwarts of the rally the cold conditions at Queen’s Birthday Weekend was certainly a factor in the decision and it was not subject to external influences, Mr Willems said.

‘‘We are not pointing the finger at any organisation, the council, police, or anyone else, and they have their jobs to do and we have worked well with them,’’ Mr Willems said.

Meanwhile, pre-registration for the Otago Motorcycle Club’s 40th rally was strong given the event was several months away.

The rally this year would feature fireworks, a bonfire and three bands.

The Jordan Luck Band would headline the event on Saturday.