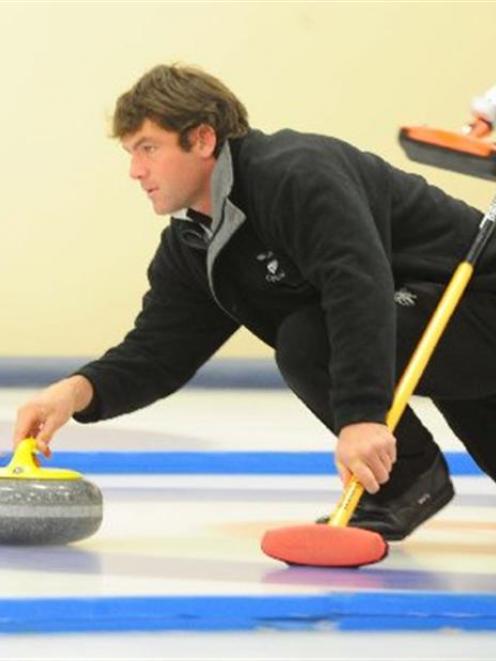 With a title and trophy to defend, five New Zealand teams of curlers took to the Maniototo International Curling Rink at Naseby over the weekend, to compete with curlers from Queensland, Australia.

The three-day tournament was won by Peter Becker's rink.

From 9.30am on Friday, the Naseby curling rink provided local residents, and the occasional tourist, with live, high-tension entertainment, as the coveted Otago Daily Times Trans Tasman Trophy was literally a stone's throw away for curlers.