The Otago Regional Council will proceed with setting minimum flow levels on the Manuherikia River despite stinging criticism of a report on submissions from its deputy chairman.

Michael Laws
Michael Laws, who is one of three Dunstan constituency councillors, on Thursday labelled the report which had been released earlier that day as ‘‘bogus’’, questioned its validity based on anonymous responses and said it had been made public before any elected member had seen its contents.

Chairman Andrew Noone said there was never any intention to collect submitters’ names and addresses.

‘‘I was made aware of this and that’s not the way the system was structured ... there was never any expectation for people to provide those details.’’

While submissions helped inform decisions, it was the scientific data that was more critical, Cr Noone said. 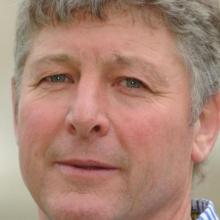 Andrew Noone
‘‘We need robust and defendable technical data.’’

It was possible the council could look at how it handled public submissions in the future, he said.

Cr Laws yesterday stood by his comments and said the fallout had been largely positive.

Other councillors had contacted him to express concern about the validity of a survey that allowed responses to be anonymous.

They had also shared his concerns regarding how the report was presented to the media including with an ‘‘extremely misleading’’ graph, Cr Laws said.

The process was crucial because ‘‘so many people’s lives, businesses, mental health’’ depended on the ORC getting it right, he said.

A council spokesman yesterday confirmed the process would continue despite Cr Laws’ criticism.

A public workshop would be held on August 12, and councillors would consider a full report from staff on August 25, which would include a summary of the submissions, a preferred flow from iwi, a report from the Manuherikia Reference Group and a staff recommendation.

‘‘Had [the community] been told that to achieve the 1500 to 3000 [litres per second flow] or more there needs to be a $70million-or-more dam built, and no guarantee that this can be consented or then constructed, or information on who funds this and owns the storage in it, then they may have submitted differently.’’

He believed many people submitted with integrity, but were presented with ‘‘slanted and inadequate information’’ to make their choice.

The summary report released by the ORC detailed results of consultation on five flow scenarios for the river.

The five flow options tabled ranged from 1200 -3000 litres per second.

A total of 1089 submissions were made and categorised as ‘‘Manuherekia’’, Central Otago, Queenstown Lakes, Dunedin, Clutha, and Waitaki districts, Otago, New Zealand, international and a category called holiday/family/history.

The majority of responses came from ‘‘‘Manuherekia’’, with a large number from Dunedin.

Are we surprised? Not really, the arrogance of the orc knows no bounds. Do they have the trust and respect of the people? I think not, and it's this kind of endeavour which further isolates them from their constituents.

So magically ORC thinks it has papered over the cracks and fixed the mess with sanctimonious platitudes. Yet nothing has changed the mess remains; you can’t unscramble an egg or change the path of the Titanic!

After 10 years of the ORC developing a minimum flow on the Manuherikia, costing millions, this is the low-calibre policy the ratepayer gets given? It is arrogant and incompetent. The ORC's policy manager needs to fall on her sword and admit she does not have the skills to deliver anything that wont get shredded by a court judge.

The people have spoken and have given their judgement. After the removal of Marian Hobbs it is clear that the farming industry has too powerful a hold on these decision so this is the only way that democracy and the environment can be protected. The current 700 litres per second is disastrous and the taking of water for unsustainable irrigation needs to be curtailed drastically.
We have to protect the 4000 native species that are officially at risk of extinction.

I don’t think the people have spoken? The method used by ORC was statistically flawed. Again a symptom of unskilled people thinking they know what they are doing. The reality is that with population growth more resources are needed and the people of Otago have become accustomed to regular meals and income. If you are serious about helping to conserve Otago’s environment then you should go live somewhere else 🙀