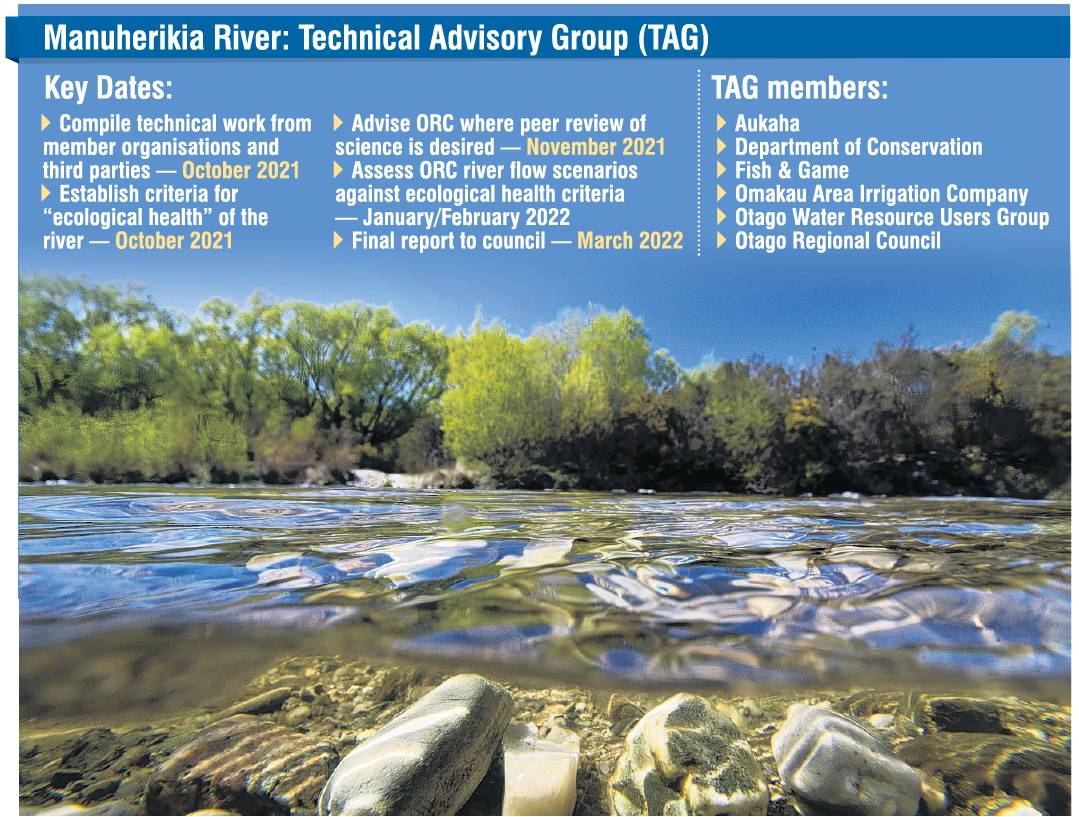 The Manuherikia River’s technical advisory group has outlined its next steps and says it will present a final report to the Otago Regional Council in March next year.

By then, the group will be able to say whether new criteria for the ecological health of the river are met by council staff’s proposals for minimum flows.

The group’s report to the council’s strategy and planning committee today comes as the Manuherikia River and the science required to protect it have become a focal point for freshwater concerns in Otago.

Councillors opted in August not to ‘‘note’’ minimum flows for the river for the council’s forthcoming land and water plan.

They instead called for more work from the technical advisory group.

The group, it was said, needed more time for habitat modelling and a scientific peer review of hydrology work.

At the time, some people called the request for more science a delay tactic for a degraded river and called for councillors’ heads to roll.

Council strategy, policy and science general manager Gwyneth Elsum, who is the group’s chairwoman, said the group met 16 times since its inception in 2019.

The group’s report said documentation and review of its hydrology model was under way.

And the independent science organisation the Cawthron Institute was responding to the group’s concerns on its invertebrate drift study.

The group expected to have established criteria to assess the ecological health of the river by the end of the month.

It would provide advice to the council on gaps in its work next month, it said.

It would then review and provide comment on council recommendations for flow levels for the river based on its understanding of its ecological health indicators, in January and February next year.

It would provide a final report to the council by March.

A minimum flow is a mandatory cut-off point when water can no longer be taken under low-flow conditions.

When a river drops below its minimum flow, anyone with a consent to take water, other than a deemed permit, must stop.

In August, council staff recommended a staged approach to allow farmers time to adapt to the changes that council would be signalling.

That they have not ever established a criteria for "ecological health" of the river shows how negligent ORC has been of it's responsibilities to well-being of the Manuherikia river and catchments. For years, they have been allocating water takes with no ecological basis, this then makes for wondering what criteria if any were used and how "legal" those issued water permits are given ORC would seem not to have worked within it's mandate of caring for the Manuherikia river.

I agree. Regional Councils have and still continue to put the commercial needs of land owners above that of the environment.