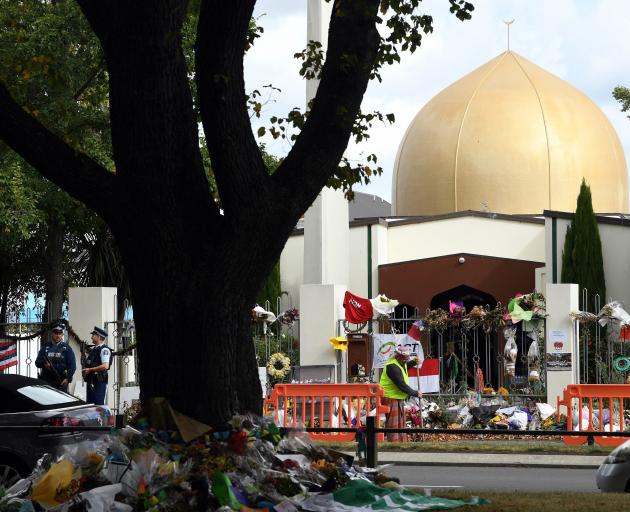 The Al Noor mosque in Christchurch. PHOTO: ODT FILES
A Cromwell man’s bravery during the Christchurch terror attacks has been recognised five months after his death.

Mark Miller posthumously received the New Zealand Bravery Medal for his efforts to help the victims.

He was one of nine people whose actions were honoured in a special ceremony in Christchurch yesterday.

One of the first on the scene at the Al Noor mosque, Mr Miller stopped to help victims with no concern for his own safety.

Mr Miller was killed in an accident near Cromwell earlier this year.

At the time, Paul Stockdale described his best friend "Shorty" as "a humble person".

"He would do anything to help people," he said.

Gamal Fouda, the imam of the Al Noor mosque at the time of the attacks, said Mr Miller embodied everything New Zealand stood for - "honour, courage and sacrifice", media reported.

"He will be remembered not only for his bravery, but also for putting his own life in jeopardy so that others could survive."

Dr Naeem Rashid, who died challenging the terrorist at the Al Noor mosque, received the New Zealand Cross, along with Abdul Aziz, who chased the gunman away from the Linwood Islamic Centre.

Liam Beale received the New Zealand Bravery Decoration for helping the injured after hearing gunshots while driving past.

Receiving the New Zealand Bravery Medal for their efforts to help the victims were Lance Bradford, Wayne Maley and Mike Robinson.