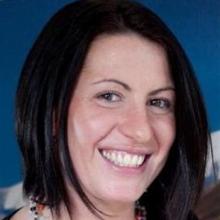 Amie Pont
Maniototo residents are continuing to work behind the scenes in their battle to retain the area's only bank.

That was the message yesterday from Maniototo Business Group chairwoman Amie Pont, in the wake of news another Otago community seems likely to lose its only bank.

ANZ has proposed closing its Milton branch by November. That news came a month after Westpac announced it was consulting on closing 19 branches around the country, including those in Ranfurly, Te Anau and at the Gardens, North Dunedin.

More than 300 Maniototo residents gathered outside the Ranfurly bank three weeks ago to protest about the proposed closure. Mrs Pont said work had been continuing behind the scenes to reinforce the case for retaining the bank.

The group was collating information about banking services needed in the area, to include in submissions to bank management.

A petition seeking the retention of the facility had circulated for about a fortnight and gathered more than 900 signatures, she said.

''That's over half the population of this area.

''We've been told that a decision hasn't been made yet about the bank's future, so we'll keep giving it our best until the decision is made. At the end of the day, as a community, we'll be able to say we couldn't have done more to keep it open.''

In a press release afterwards, she said it was a ''productive'' meeting.

''I can't say what the outcome will be. Government can't force the bank to keep the branch open and we can only rely on moral persuasion to make a difference.

''I can only hope that the bank will ... find a way to compromise so there is a service for this area,'' Mrs Dean said.