Roaring good racing at the airport 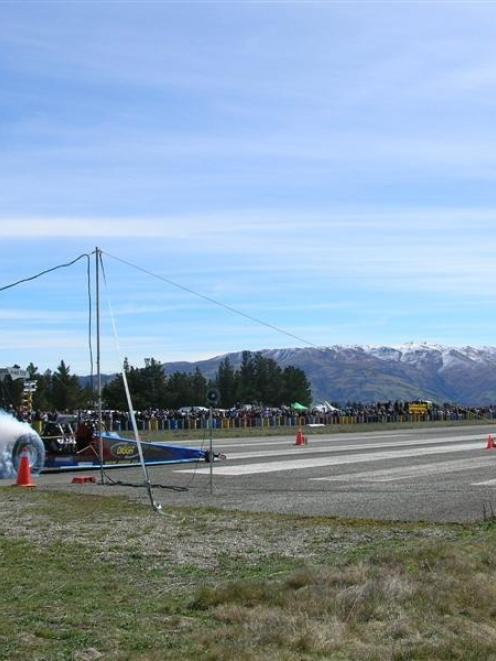 Thousands of motorheads arrived in droves to view the racing, which comprised hundreds of vehicle entries.

Motorcycles, cars, utility vehicles and three "rails" were pitted against one another, as drivers from throughout the South Island attempted to represent their home towns and favoured make of vehicle.

Fords and Holdens went head to head, as did varying makes, models, colours and vintages of motorcycles and classic cars.

Warm, sunny weather made for spectacular viewing of the drags, which at one point were suspended for an aircraft to move off the runway.

One rail recorded a time of 8.44sec for the quarter-mile, which equated to a terminal speed of about 300kmh.

The deafening noise of engines could only be matched by the roar of the passionate crowd.

Most drivers had at least two chances to prove their speed on the runway, with some sneakily pushing into queues for another crack at the leader board.

The day was all about breaking personal best times, competing against friends (and some rivals), and enjoying a day in the sun with the kids.

By 5pm, the airport was left empty, apart from some black skid marks on its runway and the unfamiliar sound of silence.