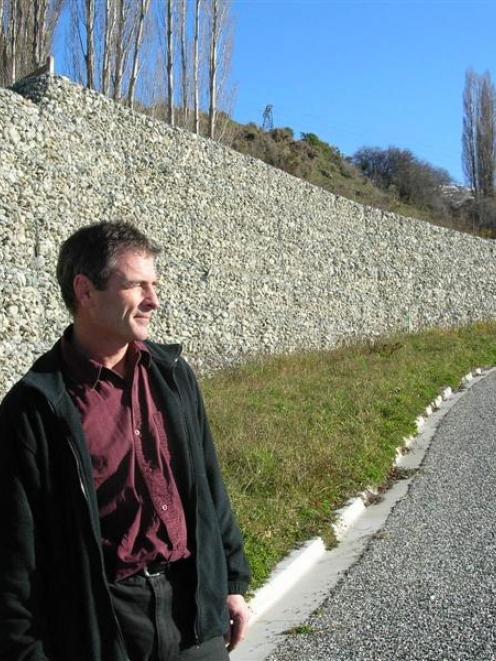 The company has sold 14 sections of its 24-lot stage one development north of Roxburgh, although titles for the properties have not been granted by the District Land Registry.

RP and AP director Steve Grevatt empathises with people who paid deposits on sections and waited years without being able to build.

Mr Grevatt, of Hawkes Bay, said his personal plans had been on hold for the last few years as his "life savings" were invested with the company.

"It's been really hard on the people who purchased [property] a long time ago. We want to be encouraging and say we are nearly there, and that because they purchased a while ago they all got sections for a really good price.

"My wife and I have put our lives on hold so I feel for them [section buyers], because I know how it is," he said.

Once property titles are granted, the purchasers, whose initial deposits have been held in trusts, are able to pay the balance and officially own the sections. It is then their choice to build on the land.

Mr Grevatt said "well over" $1 million had been spent developing the site.

"We will see out this winter and spring and make a decision about starting the last stages near the end of this year, but we will also be guided by how the [property] market is behaving," Mr Grevatt said.

Maintenance work started on the subdivision this week by three Roxburgh workers who are mowing grass, spraying weeds, and removing debris.

Roading, kerbing, and all amenities including water, power, telephone lines, and sewerage were completed at the beginning of 2007.

Mr Grevatt said despite the subdivision being "in limbo" he hoped it would eventually be seen as an asset to Roxburgh.

RP and AP Investments comprises four directors including Mr Grevatt as well as directors based in Hamilton, Riverton, and South Africa.

• Are you a Quail Haven section buyer? The Otago Daily Times would like to hear from you. rosie.manins@odt.co.nz