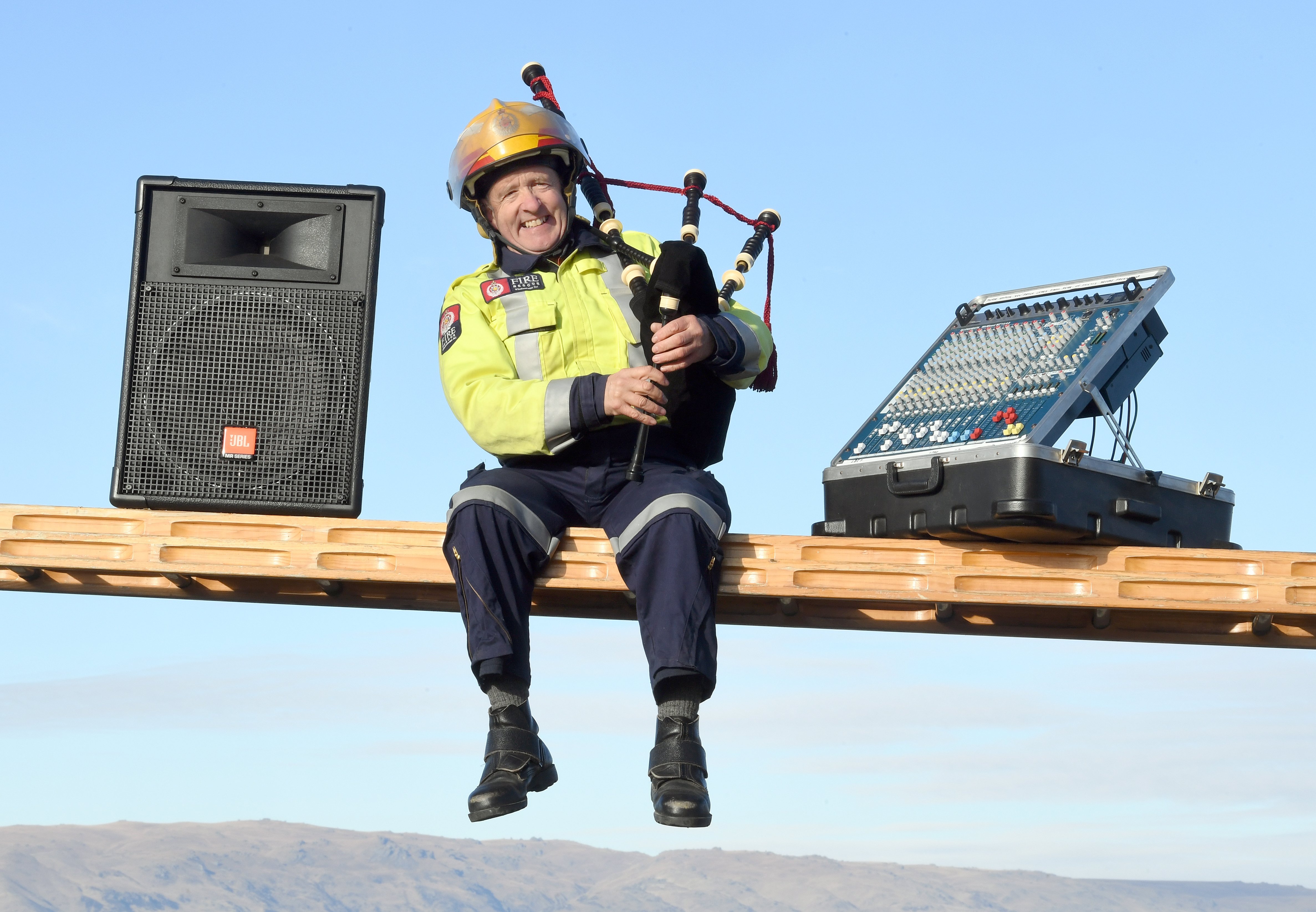 He suspects he has been recognised more for his role with the Maniototo community speaker system.

When a Maniototo event requires a sound system, it is Mr Mason who is called on to deliver, set up and often operate the non-profit-making equipment.

Mr Mason believes it is the only such community-owned system in the country, and it keeps him busy 40 times a year on average, often at weekends — attending weddings, funerals, Anzac Day services, A&P shows and sport, school and cultural events.

"What makes the community speaker system special is that because it’s community owned we are able to put it to these functions at very cheap prices — in fact, in some cases it’s just a donation.

"It helps you run a successful function without breaking the bank."

Mr Mason has been a member of the Ranfurly Volunteer Fire Brigade since 1973, including 10 years as chief fire officer.

He has represented New Zealand as a bagpiper at such events as the Royal Tattoo at Windsor Castle and the Royal Edinburgh Military Tattoo, and he teaches the bagpipes to local pupils.

I do remember the chanters at your place.