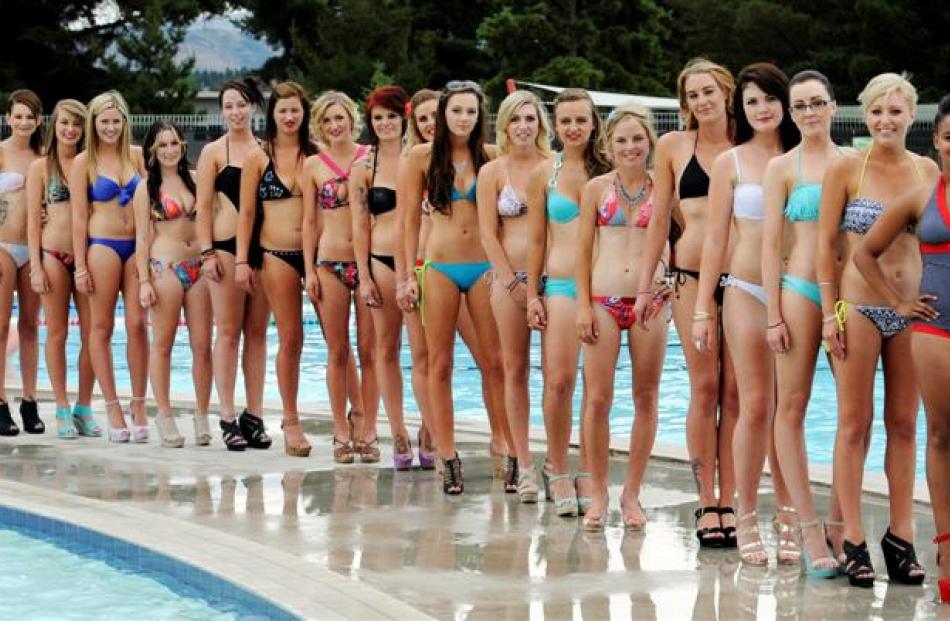 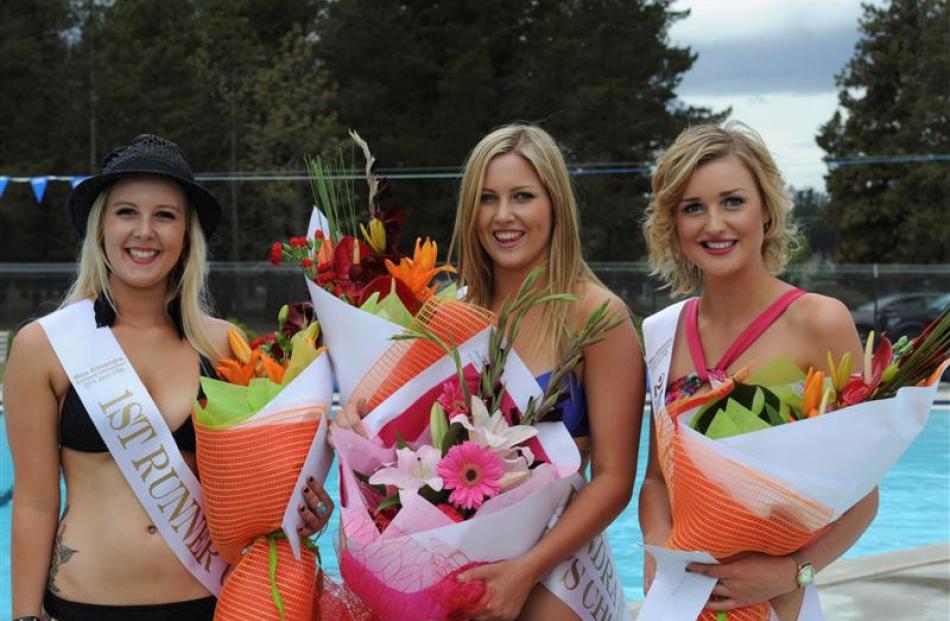 As 19 young women clad in swimsuits and high heels strutted their stuff around an Alexandra pool on Saturday to cheers and applause, there were many ''I'm glad it's not me up there'' comments from the audience.

The nervous 2012 Miss Alexandra Swimsuit Competition entrants, aged 17 to 25, walked a lap around the pool in front of about 600 people, past the four judges and stopped to meet MCs Amy Scott and Karl Green, who were waiting with what they called ''tricky questions''. These included what the best thing about Alexandra was, to which most answers were the weather and the people.

Most of the young women said they entered the contest to boost their confidence, although some said they were talked into it by family members or friends.

Judges Jacqui van Dam, Tim Riwhi, Carolyn Lyons and Amber Kinnaird said it was not a beauty pageant - it was about style, confidence and personality.

Shaun Robinson (18), of Alexandra, was crowned winner and received $500, a beauty care pack, photo shoot and flowers. She also won the people's choice category, taking home another $150 and more flowers.

The Miss Photogenic title was awarded to Gabrielle Butler (17), of Alexandra.

She received $150 and flowers while runner-up Alesha Romano (18), of Alexandra, won a $50 clothing voucher.

Miss Robinson said she was speechless after her double win.

She heard about the competition last year and had wanted to enter but was out of town when it was held, ''so I thought I should totally do it this year''.

Her advice for next year's competitors was ''just be true to yourself and don't fake anything''.