Tractor to feature at school jubilee 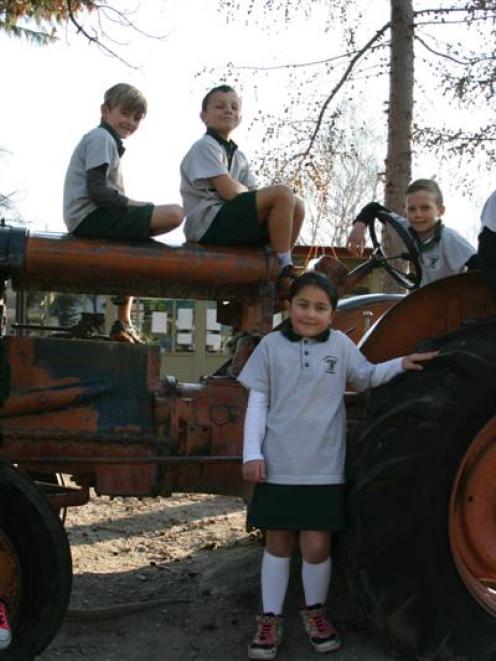 Preparations for the jubilee are well under way, but the star of the show will be the school's rusty red tractor, treasured by many a Terrace pupil.

One of those is former pupil and jubilee committee member Chelsea Donnelly, who had fond memories of the tractor when she attended the school in the 1980s.

''I remember falling off it and getting a black eye,'' she said, laughing. It was believed the tractor was used by the caretaker from ''day one'', but eventually broke down to become synonymous with the children's playground.

Celebrations would take place at Molyneux Stadium on October 23-25 and organisers were keen to have the red tractor as part of the celebrations, Mrs Donnelly said.

''Quite a few people who started in 1965 have already registered [for the jubilee],'' he said. Mrs Donnelly said the ''major things'' for the jubilee were ticked off, including food, location and music, although she was yet to hear from the majority of attendees.

''It's probably symbolic of a small town because a lot of them might live here and think it isn't a big rush.''

But the committee needed to know how many were attending, and encouraged former staff and pupils to register their interest soon.

Present day pupils were also getting into the celebrations and were studying the year 1965 to see what was happening at the time.

• To register for The Terrace School 50th Jubilee, visit www.theterrace.school.nz