Two more properties to be added to Oteake park 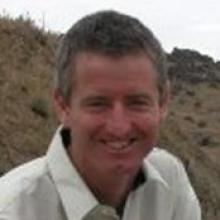 The Home Hills and Kyeburn pastoral leases were recently purchased by the Crown through tenure review.

"We expect the title for Home Hills to come through about September, and for the Kyeburn title to take a similar amount of time."

Home Hills comprises about 1400ha of land above Falls dam near St Bathans, and the 4700ha Kyeburn property is situated on Mt Buster Rd near Dansey Pass.

Included in the park were seven existing conservation areas.

The proposed park is open for public submissions until July 14.

Mr Tubbs said seven submissions were received on a pre-release document which was sent to affected parties and adjoining neighbours before it was made public.

Just one submission has been received since.