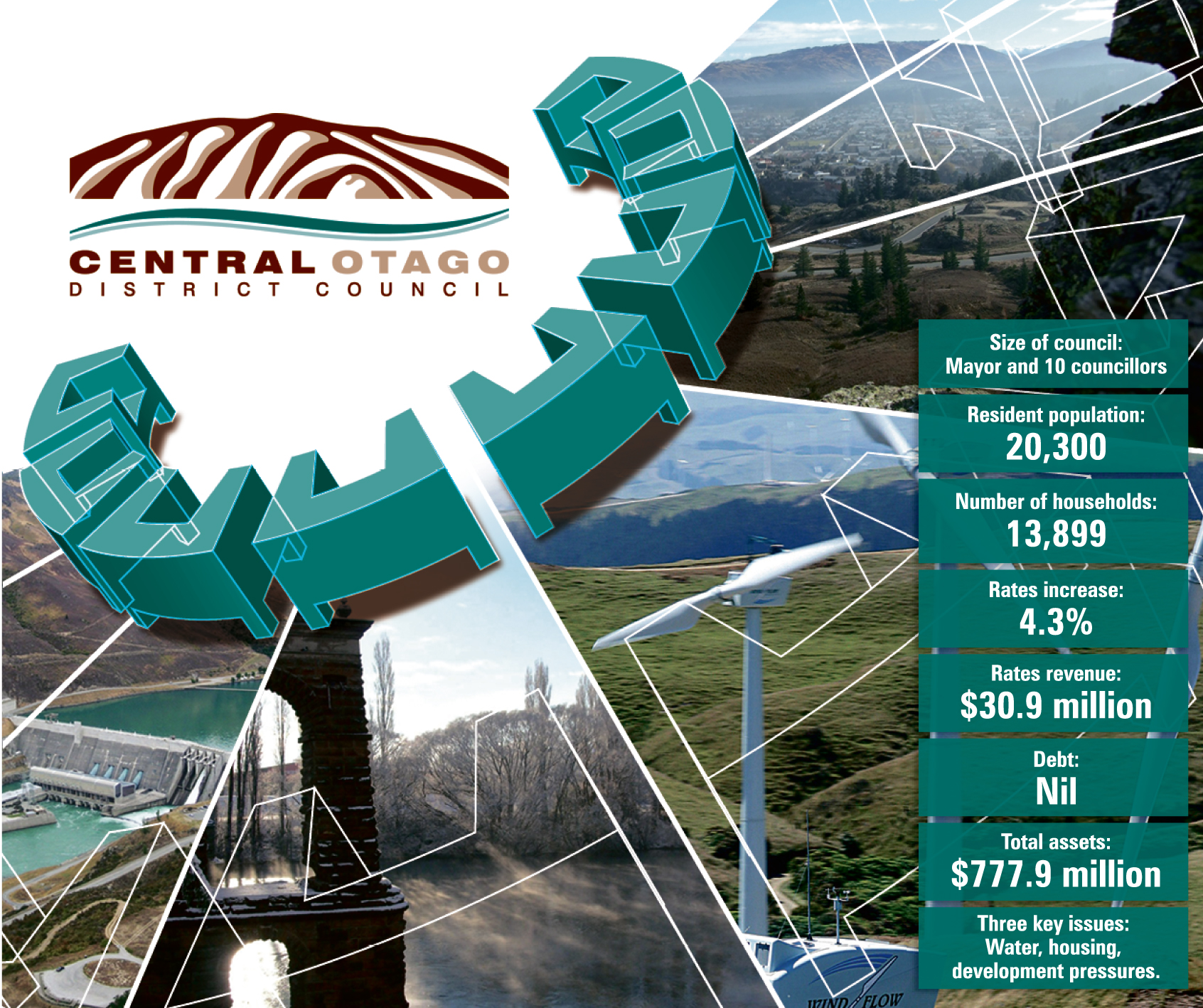 Ask any person on the street and the answer will be variations of the same. The major issues in Central Otago are water and housing, with a dose of the environment on the side.

Rapid growth has caused significant issues and regional and district councils, community boards and health boards will be under scrutiny for the decisions they make.

The shifting focus between Alexandra and Cromwell continues to be a topic of conversation and consternation.

Some Alexandra business people repeat claims the Central Otago District Council of old encouraged development to go to Cromwell and that councillors and council staff are deliberately holding back Alexandra land from development.

Councillors and senior staff say that is not the case, and sitting councillor and 2019 candidate Martin McPherson was frank in his reply at a recent "meet the candidates" meeting.

There were 35 "very good" reasons why Cromwell was growing faster than Alexandra, he said - "the 35km closer that Cromwell is to Queenstown than Alexandra".

He was tired of some Alexandra business people blaming the council for their failures, and said areas such as retail needed to change in the online 21st century.

Cromwell received the first wave of knock-on effects from Queenstown and Wanaka's growth, and the real estate market was the first to feel the impact.

Cromwell basin prices have skyrocketed during the last three years and flowed on to Alexandra, Roxburgh and Maniototo.

Many cannot afford a first home, there is an acute rental accommodation shortage and social service agencies report clients with increasingly serious and complex needs.

The Central Otago Affordable Housing Trust - formed by sitting Mayor Tim Cadogan in 2017 - has further ideas and the next group of Central Otago district councillors will need to consider them.

They and community board members will also need to consider development in areas such as Cromwell and Alexandra, how to protect historic precincts such as Clyde and St Bathans, and the district's infrastructure.

Water is also at the top of regional council responsibilities. Previous and sitting councillors have said they are consistently outvoted by other ward councillors, who do not acknowledge the importance of Dunstan issues.

Proposed changes to allocation and minimum flows in catchments such as the Manuherikia Valley, and new water consents required under the Resource Management Act, are crucial economic, cultural and social factors.

But many say the environment trumps - or encompasses - all.

One of the issues most complained about in the district is glass going to landfill rather than being recycled, because of contamination.

The issue represents both personal and collective responsibility, and next term's members will be required to employ both, as they navigate Central Otago through another three years.