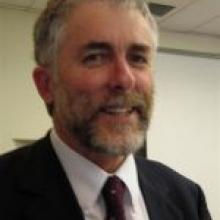 New Zealand would get warmer and experience more turbulent weather in the 21st century because of climate change if greenhouse gas emissions were not reduced, he said.

"A reduction of 50% to 85% would be required in global carbon dioxide emissions in 2050, compared with 2000, in order to maintain an eventual long-term global equilibrium temperature."

Dr Wratt, who is a bureau member of the Intergovernmental Panel on Climate Change (IPCC), said wind speed at 10m above ground level was likely to increase by between 2% and 6% across Central Otago during winter.

He said because of slightly warmer temperatures in the future there would also be less snow and ice to freeze turbines, which rendered them useless for energy production until thawed.

"I don't want to overstate the positive effects [of changes in climate] on the wind farm, but there will be some benefits in the form of more wind and less ice," he said.