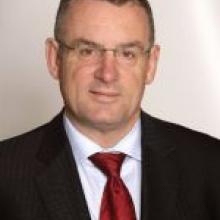 It will be the first time New Zealand has hosted the United Nations Environment Programme event, to be held on June 5, with the theme this year being "working towards a low-carbon economy''.

"The interest that councils, business, communities, interest groups and schools have displayed... highlights New Zealand's increasing focus on the importance of the environment and stimulating ecofriendly actions,'' Mr Mallard said.

Hampden Community Energy Inc has received $4569 to raise public awareness of climate change through events, including an energy efficiency expo, a tree awareness day and a local low-carbon community dinner.

Energy Inc chairman Dugald MacTavish said the group was delighted to receive the funding but slightly daunted at holding all the events in one week. It was hoped the events would generate more enthusiasm in the community towards the issues.

"People are becoming naturally more aware and concerned so we hope this will excite people.''

Sustainable Dunedin City Inc, in partnership with John McGlashan College, has been awarded $3992 to hold the Dunedin Secondary Students' Climate Forum on June 7 and 8.

The weekend forum would allow senior pupils interested in environmental issues to hear various speakers and give them the chance to share ideas and express their views in a submission to the Dunedin City Council, Sustainable Dunedin spokesman John Cocks said.

"It's exciting. It's a way to get them on board and stimulate views on climate change.''

Mr Parker said it was great to see the Otago region getting involved and celebrating the day in a way that encouraged ecofriendly behaviour and "highlights ways we could all help fight climate change''.

A second round of funding would be announced soon.