Farewell to pharmacy after 37 years 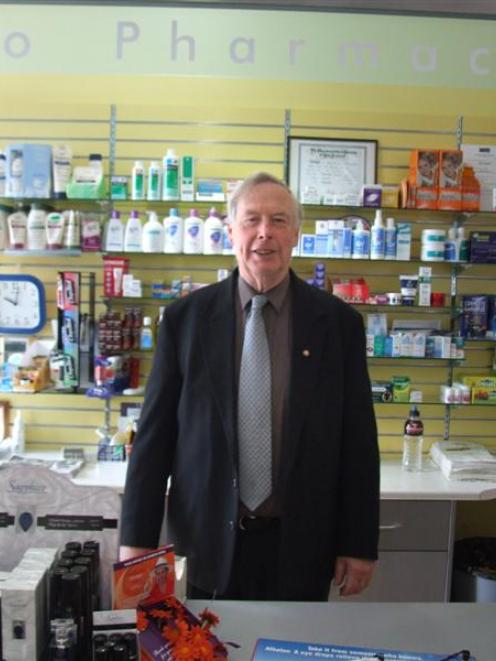 Norman Edwards at the Waihemo Pharmacy. Photo by Bill Campbell.
Norman Edwards will end his 37-year tenure as Palmerston's pharmacist when he finishes work on Friday.

Mr Edwards (64) has sold the Waihemo Pharmacy to Adrian Graamans, formerly of the Meridian Pharmacy in Dunedin, who will take over from next Monday.

After serving a three and a-half year apprenticeship at Knox Pharmacy, Dunedin, Mr Edwards moved to Palmerston in 1971 to work as a locum for pharmacist Colin Campbell.

Later, he became a partner in the business, which he eventually bought.

In 2003, he moved the business from Sanday St to Ronaldsay St, on State Highway 1, opening the new building at the same time as the Waitaki District Council and the Waihemo Community Board completed the rebuilding of the Palmerston town centre.

Mr Edwards, who was also the Palmerston correspondent for the Otago Daily Times from the late 1970s to 1996, said the tiresome work of compliance with ever-increasing bureaucracy was a negative aspect that had convinced many pharmacists to leave the profession.

He had enjoyed his involvement with the East Otago community, having been a member of the Palmerston Primary School committee and the East Otago High School board of governors.

He had enjoyed the Palmerston Lions club activities, particularly helping to run the Kelly's Canter race each year.

Mr Edwards said he would be available for pharmacy locum work but first he and his partner, Christine, planned to travel to Australia and, possibly, back to Ireland where he had recently worked for several months.

They will also develop their 32ha farm at Goodwood, near Palmerston, and there will be time for some fishing.