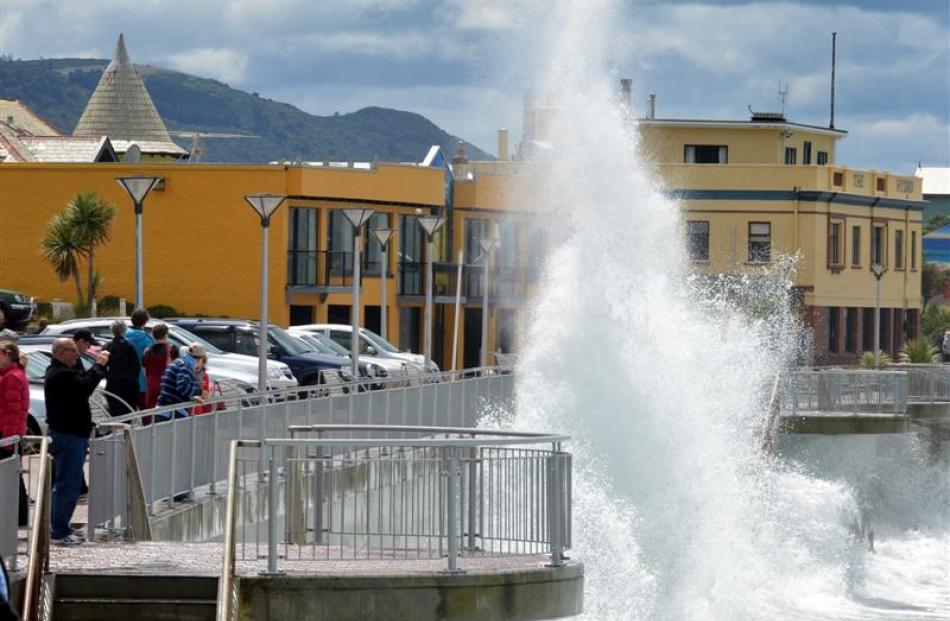 South Otago farmers have been advised to move stock, as heavy rain is expected today in Otago and other parts of the South Island.

Severe winds are also expected to batter parts of the country.

The MetService said yesterday a ''very active front'' moving on to the South Island would bring heavy rain in the west and about the Alps, and gale or severe gale northwesters in the east.

''The western and alpine areas of the South Island may see another period of heavy rain, which may pose problems to those areas affected by the wet weather of last week,'' Ramon Oosterkamp, of MetService, said. Heavy rain was expected to swell the headwaters of rivers and lakes in Otago and Canterbury.

Strong winds were expected in the east from North Otago to Wairarapa.

The Otago Regional Council said it was closely monitoring river and lake levels. It warned campers in the Manuherikia catchment in Central Otago to keep an eye on rising river levels.

Predicted rain in South Otago tomorrow night, particularly in the Pomahaka catchment, could significantly increase flows in the Clutha River, which was already running high yesterday. Lower Clutha farmers were advised to move stock and machinery away from low-lying areas, the regional council said.

The Milford Road was closed last night due to the heavy rain forecast and threat of landslips. It was expected to reopen tomorrow. The road has been closed each night between the Homer Tunnel and Murrell's Bridge, from 7pm to 7am, since the end of November, because of the rockfall risk. The nightly closures are expected to continue until the end of this month.

Recording just 20% of its usual rainfall, Dunedin Airport had its second-driest December since records began in 1962, with 14mm. The city's Musselburgh site recorded 59mm, 73% of its normal rainfall.

The rest of Otago was also drier than usual, with Lumsden, Cromwell, and Alexandra recording their fourth-lowest December rainfall.

While it was the coolest of the main centres, Dunedin's mean temperature of 15.1degC was 1.3degC above average. The city had 110% of its usual sunshine hours, with 185 hours.

Climate scientist Dr Andrew Tait said December overall was warm, with more frequent northerly and northwest winds than usual. Above average temperatures were observed over much of the North Island, and parts of the South Island. The nationwide average of 16.7degC was 1.1degC above average.