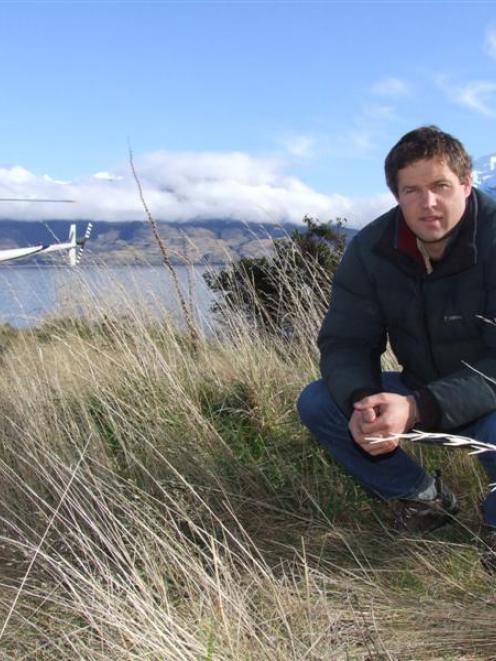 Lake Wanaka farmer and High Country Accord chairman Jonathan Wallis welcomes a resolution to the dispute about how to establish rents for Crown-owned pastoral lease land. PHoto by Matthew Haggart.
The Government is changing the way it sets rents for pastoral lease farmland, shifting from a system based on land value to one based on productivity and economic conditions.

Modelling by Government officials shows the new system will not alter the total amount of rent it collects from lessees, but should remove disputes over the rent-setting process, which had prompted more than half the 231 South Island lessees to dispute their latest rent reviews.

The proposed system will base rents on farm productivity and current livestock values, which the Government says is a transparent and objective process.

This calculation would happen every 11 years and take into account a farm's carrying capacity in its unimproved state, or base, then the subsequent increase in numbers, with the rent charged on a per livestock unit basis.

Under the land value based system, rent was calculated every 11 years at 2.25% of the value of land exclusive of improvements.

The two systems recognised that the Crown owns the land in an unimproved state but the lessee owns the improvements such as fertiliser, pasture, tracks, fences and buildings.

In a joint report to the minister by the Ministry of Agriculture and Forestry and Land Information New Zealand, officials said that in the last decade high country land values had increased at a time when farm incomes had fallen.

The report said property values were inflated by purchasers paying above-valuation prices for attributes other than farming.

Musician Shania Twain paid $21.5 million for Motatapu and Mount Soho stations between Wanaka and Arrowtown, and the Government bought Birchwood Station near Omarama for $10 million and St James Station in Canterbury for $40 million for conservation reasons.

Agriculture Minister David Carter said in an interview the new methodology, which required a law change, removed the uncertainty of fluctuating land values.

"It gives farmers security to farm profitably, to pay a fair rent and then look after some of the most fragile land in the country," he said.

Mr Carter said high country farmers had had a difficult time under the previous Government, which had proposed a charge for amenity values such as location and views be included in rents, and he hoped the public would be sympathetic to what he called "a small community" of farmers.

Rents had not been set under the new process, but the MAF-LINZ report calculated Minaret's new rent at $23,439, based on a charge of $6.90 a stock unit.

He said lessees should look at the proposal on its merits, namely that the process was transparent, there was no shifting of property rights, it was based on objective measurements and should reduce costly disputes.

NZPA reported law changes to accommodate the new system still needed to be drafted, and the Government hoped to introduce a Bill into the House by the end of the year.