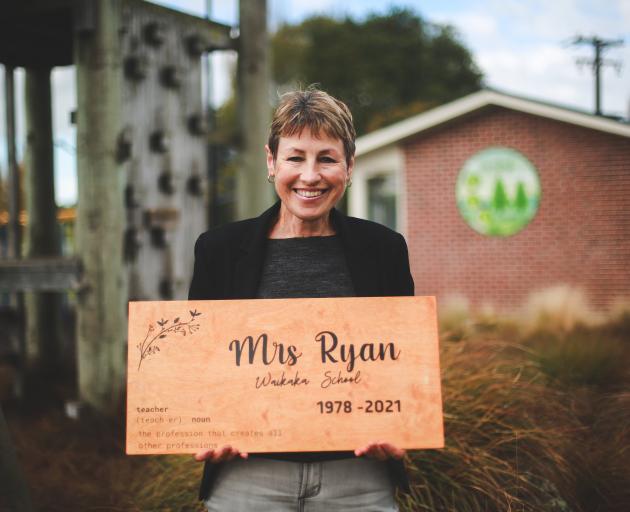 In my time as a journalist, I have been lucky enough to interview many people retiring after impressive careers, all of them remarkable and memorable in their own way.

Aileen Ryan is no exception.

Yesterday, my mother officially retired from teaching at Waikaka School after 43 years.

A special shared lunch was held to farewell her, and she was made an unofficial "life member" of the school.

Growing up, Mum always had her sights set on becoming a nurse, following in her mother’s footsteps.

But when one of her friend’s sisters started studying teaching, an interest in education was sparked.

"Coming from a big family, I would always help my younger brothers and sisters and I started thinking ‘Hmm, maybe teaching is what I want to do’," she said. 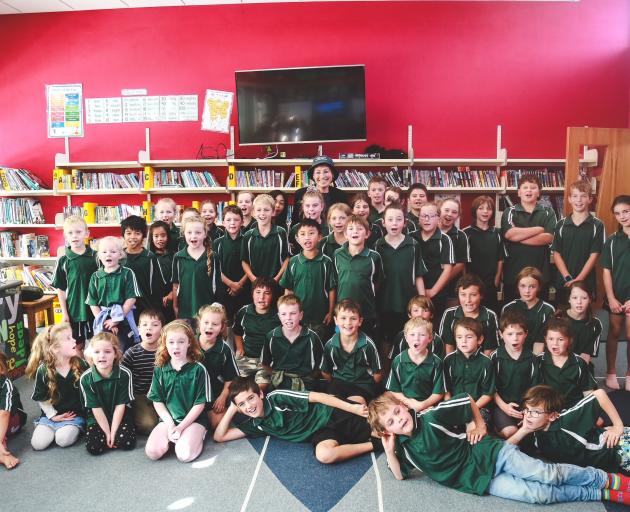 She loved the school, principal Moira Fleming and the pupils, but after a year decided to move back to Gore, to be closer to family.

She secured a job at West Gore School, and three years later, applied for the new entrant role advertised at Waikaka School.

She knew the principal, Ian Ballantyne, who had taught her at Gore Main School, and wanted to get experience teaching at a country school.

It meant a 50km round trip from her home in Gore every day, but she thought she would only do it for a couple of years, before returning to a bigger town school.

"Who would have predicted back in February 1978 that I would still be here so many years later?"

She still remembers her first day at Waikaka School. 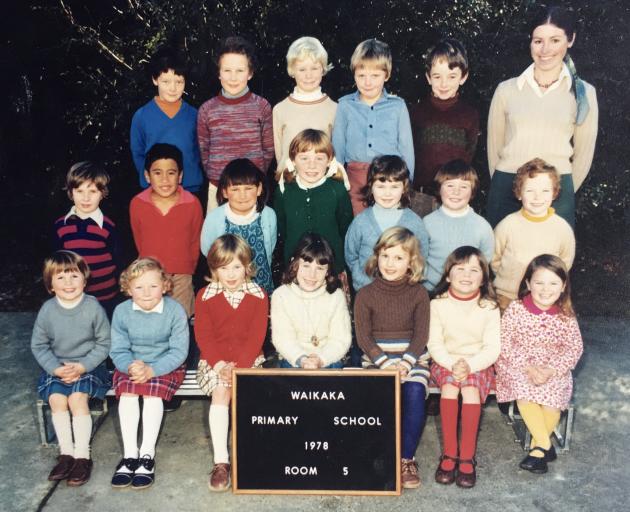 Mrs Ryan with her first class at Waikaka School in 1978. Photo: Supplied
"The bell rang and they [the pupils] were all sitting on the mat waiting to start — and you wouldn’t have got that in a town school."

Mum had always felt a great sense of responsibility teaching new entrants. For most pupils, she was their first ever teacher.

She worked with six principals during her time at Waikaka School — Mr Ballantyne, John Miller, Dave Cullen, Jeanette Ruri, Kim Scott and Bronwyn McCall. The roll had also changed a lot — from 121 at its peak to the high 30s — and she saw many nearby rural schools close.

Even though she had taught at the same school for 43 years, she had continued to evolve as a teacher.

"You always are looking at fresh ideas to try. You stick with the ones that are tried-and-true, and are always looking for fresh ways to teach subjects and have lots of fun."

I started at Waikaka School in 1995. Mum wanted me to have a rural education — and she was my first teacher.

That was a challenge for both of us. I had to compete for my mother’s attention with so many other children and she never wanted to be seen as giving me special treatment. Sharing news from school was never quite the same, either.

My year group got to know her outside the classroom too, but they always struggled to call her "Aileen" and not "Mrs Ryan".

Mum did not realise how much teaching would consume her life.

"I always, always worried about children; I took them home in my head, to try to find a way to reach and teach each child."

The many, many children she had taught over the past 43 years had brought her "so many amazing, proud" moments. Many had sought her out years later to let her know what an impact she had on them.

"Being at Waikaka School for so long has meant I have been able to follow their progress as they grow and learn. I have also had the pleasure of seeing many of these children returning to Waikaka School as parents, with children of their own, or just to visit their ‘old’ teacher."

In recent years, half her class could be made up of children of former pupils.

It would be hard for her to let go of Waikaka School — she would miss teachers, pupils, families and the community.

"My days have always been brightened by the cheery greetings and news the children are bursting to share as soon as they walk through the door in the morning."

Somebody once told her she would "just know" when it was time to retire.

That time had come, and she was looking forward to spending more time with my dad, John, and making plans that were not tied down to weekends and school holidays, as well as catching up on things around the house, gardening and reading.

Mrs Ryan brought enthusiasm, kindness, generosity, warmth, creativity, and boundless energy to Waikaka School, not just for me, but for every child she taught.

You have more than earned this retirement, Mum.