Changes to aspects of Age Concern Waitaki's operations will not affect how it supports the district's elderly, the co-ordinator of the Oamaru-based service says.

From March, Age Concern Waitaki will come under the umbrella of Age Concern Otago, which will take over the Waitaki branch's governance, control its finances and provide training and support for staff and volunteers based in Oamaru.

Age Concern Waitaki co-ordinator Cherie Newlove said some in the community had expressed concern that the organisation would cease to exist in the district, which would not be the case.

"It means we will have more support here. What it means for us is the day-to-day running will be done from Dunedin which will lift the burden of the governance and the financial role from here. Even though we have been independent, we are too small to be independent. We need the support."

She said Age Concern Waitaki was left with little option when it approached Age Concern Otago about the possibility of becoming part of the larger organisation.

"Our office, last year, was definitely struggling. It was getting to a point where it needed a lot of new input so that's where it's going now. Age Concern Otago have been so, so supportive."

Age Concern Waitaki will retain all of its assets and remain based at Community House in Lower Thames St.

It will also be able to better support and expand on its visitation and social services and other initiatives, such as Steady As You Go, an ACC-accredited falls prevention programme, and continue its involvement with Meals on Wheels.

Helen Algar, of Safer Waitaki, would be Age Concern's representative on the Age Concern Otago board, she said.

Age Concern Waitaki, established about 25 years ago, supports about 160 people in Oamaru. 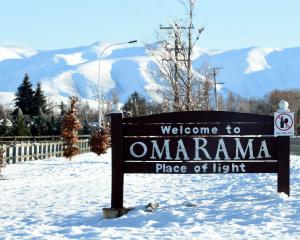