All aboard for open day 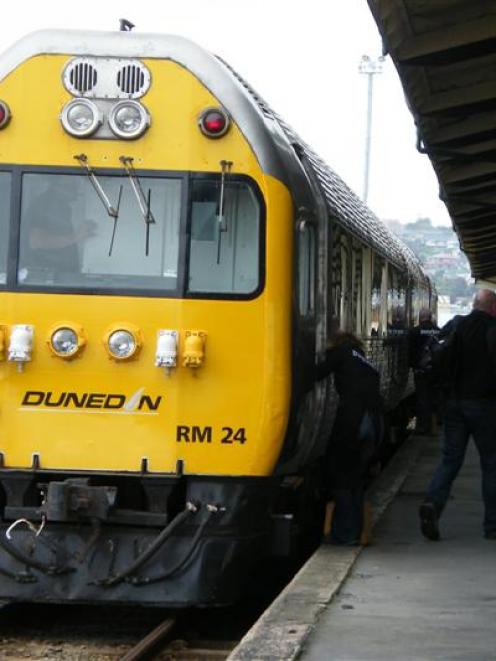 Passengers disembark from the Silver Fern railcar at the Oamaru Railway Station last November. Photo by Sally Brooker.
The Dunedin Silver Fern railcar which will halt at Totara estate on the way to Oamaru on Sunday will be the first passenger train to stop there in almost 60 years.

The railcar is making a special trip from Dunedin for the heritage farming open day at Totara.

Early bookings were recommended for the remaining seats on the railcar.

Totara was a request stop for the mixed ''slow'' trains with goods wagons and passenger carriages that ran between Dunedin, Palmerston and Oamaru up to the early 1950s.

The railcar will stop as required for booked passengers to and from Palmerston and other towns along the line.

Trains stopped at Totara from 1878, when the line was completed north from Dunedin.