By Rebecca Ryan
0 Comments
It has been a long time between drinks for the Alps 2 Ocean cycle trail joint committee.

However, on Saturday afternoon, a group of about 300 cyclists joined members of the committee to celebrate another milestone for the trail, which stretches from Aoraki/Mt Cook to Oamaru Harbour — the official opening of the off-road section from Aviemore Dam to Kurow. 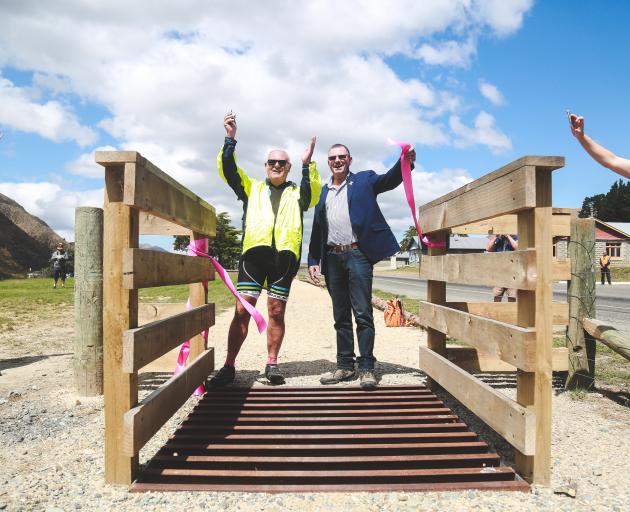 The first section of the Alps 2 Ocean cycle trail — from Aoraki/Mt Cook to Omarama — was officially opened on February 16, 2013.

As part of a larger project to take all of the Alps 2 Ocean cycle trail off State Highway 83 through the Waitaki Valley, construction of the trail from Aviemore Dam to Kurow, which included three new bridges, started in November 2017 and cost $720,000.

"But as of last year, we finally obtained legal [off-road] access for the entire length — from Sailors Cutting to Duntroon — and just before Christmas received nearly half a million [dollars] from MBIE [the Ministry of Business, Innovation and Employment]," he said. 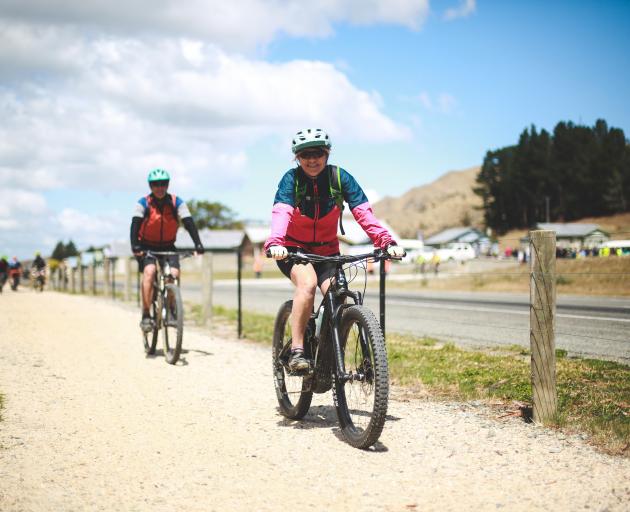 Julie Familton, of Oamaru, was one of the first cyclists to try out the new section.
"In the meantime, local funders have come to the fore and have enabled the joint committee to do the Kurow to Duntroon section and now the Aviemore to Kurow section."

He asked cyclists at Saturday’s official opening to adopt the section of trail as their own and take pride in the landscape, history and stories.

"And furthermore, that you will share these stories with others who come to the region ... and bring cyclists and visitors to the Mackenzie and Waitaki districts," he said.

"Eight companies and organisations have generously granted access over their properties to enable the track to be built,” he said.

The new section of trail has a smooth gravel surface and is classed as grade 2 (easy), meaning it is suitable for all cyclists.