Author back at school with a few more lessons 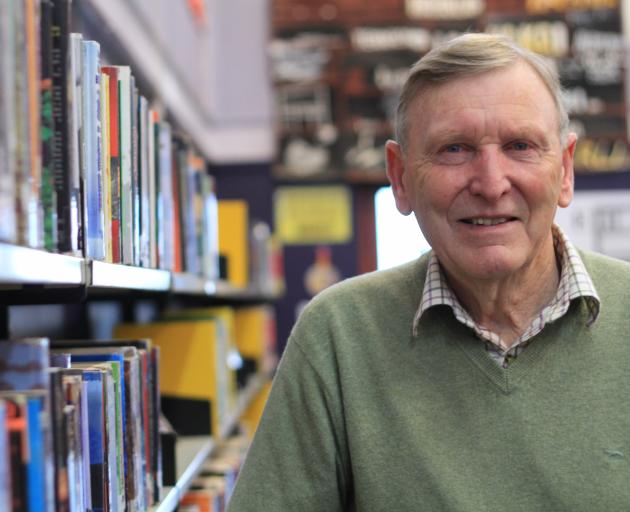 New Zealand author Owen Marshall returns to Waitaki Boys' High School where he taught for 20 years before becoming a full-time writer. Photo: Hamis MacLean.
When Owen Marshall was a schoolboy, New Zealand writers were not held in the same regard as international authors or poets.

But there was hope.

Marshall ''always enjoyed'' the great Katherine Mansfield, who felt she needed to go overseas to achieve, which she did.

And then artists like Frank Sargeson, Maurice Duggan, Maurice Shadbolt, Patricia Grace and Fiona Kidman broke through - and the landscape changed.

Now a Central Otago landscape, or Oamaru vernacular, has a place in literature.

''These people established the fact that you didn't have to leave New Zealand to write well,'' Marshall said.

''You could use New Zealand English about New Zealand subjects and people and succeed as a writer.

The Timaru-based writer was in Oamaru this week to address pupils at Waitaki Boys' High School.

He was a guest speaker at the school's week-long celebration of literacy organised by Waitaki Boys' librarian Marie-Anne Bowman and head of English Lynda Scott Araya.

Marshall, who was born in 1941, taught history and English at the Oamaru high school from 1965 to 1985, before resigning his post as acting rector there to take on writing full-time.

Oamaru and surrounds had produced a wealth of literary talent, he said.

''We bandy around the word genius, but I suppose Janet Frame is the closest that comes to it in New Zealand writing,'' Marshall said.

Now an adjunct professor at the University of Canterbury, Marshall said he had to be ''progressive enough'' to understand the boys he spoke to these days would likely be drawn to the ''visual element instinctively'' in storytelling, but he recognised there were different forms of literacy.

Marshall has published or edited about 30 books since his days in Oamaru - when he would write short stories in the time he could find outside of full-time teaching and family life.

He spoke to the boys about some of the intentional ambiguity in his own work and leaving space in the story where ''readers can enter''.

''I like there to be room for the reader to move in the story, and to bring something of their own to it; all writing is a collaboration between the reader and the writer,'' he said.

Marshall said he had developed a standard and could divorce himself from his own writing and recognise what was ''good and bad'' in his own work.

He said as young writers, or young artists, built their confidence there would be a period of trial and error.

''Everyone has to serve an apprenticeship,'' he said, but encouraged young people to continue to write and seek out a reaction to their work.

''Read, read, read and then write, write, write - which isn't original, but I think it applies.''