Dunedin man Andy Winneke caught sight of the blaze from where he was camping with his family. Photo: Andy Winneke
The fire that gutted Lake Ohau Village is unlike anything New Zealand has ever experienced, a fire researcher says after scouring the scene.

Scion fire research group senior fire scientist Grant Pearce was among the first allowed back into the fire-ravaged Mackenzie Basin town as he worked with property owners and Fire and Emergency New Zealand (Fenz) staff to better understand the early October fire’s behaviour and spread.

"It has an impact in terms of seeing it.

"It’s not something I guess I expected to see on that scale here in New Zealand in my career," he said.

Embers from fuel burning upwind from the village were the primary source of ignition for many of the 48 properties destroyed by the fire. 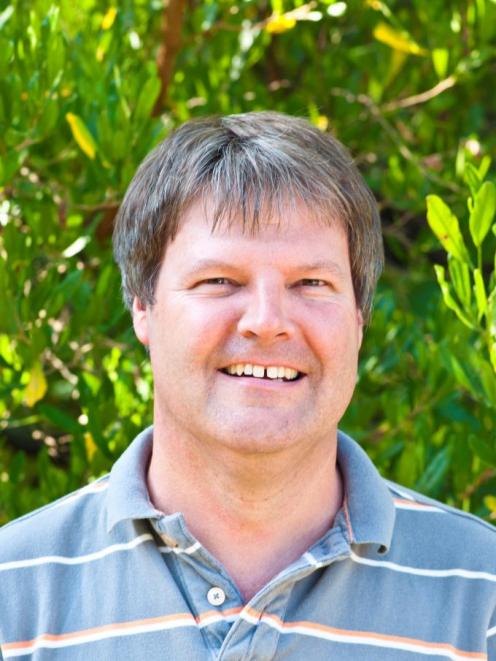 The more-than-5000ha fire started several kilometres up the valley from the village and advanced on several fronts.

It had time to develop and gain speed and intensity as it burned through the fuel above the village — through grass and shrubs and then into plantation forests and wilding pines.

The fire then spread several kilometres below the village into agricultural properties and conservation land.

Fenz estimated fire crews saved four or five houses in Lake Ohau Village but Mr Pearce said he believed up to three times that number of houses were saved directly by firefighters’ efforts.

He spoke to property owners to learn what houses were made from. Several residents had built their properties with fire risk in mind.

One lakeside house was built with a stony area as a part of the landscaping that served as a fire break, it had iron cladding facing the direction fire would come from, and it had a separate pump attached to a sprinkler system the owner was able to leave running for five hours after the evacuation.

Some houses burned due to their proximity to other burning houses, or burning vegetation used in landscaping.

Homes taking advantage of the view, of the lake and of the mountains, with lots of exposed glass had glass that shattered with the heat of the approaching fire, and the fire then entered the house and burned from the inside out.

At an additional meeting of the council on Tuesday, councillors could vote to implement a Waitaki district mayoral emergency relief fund policy, to assist residents and ratepayers experiencing financial and emotional hardship in the wake of an emergency event.

The policy would accept donations from people and organisations that wanted to offer financial support and would be administered by a deciding committee.

Mr Kircher said it was important the council created a policy for transparency regarding how funding could be used in situations such as the Ohau fire.

"The reason we’ve got this is because we are receiving funds from a very generous community, and that’s not just in Waitaki.

"It’s coming in from across New Zealand and it’s just something to be really appreciated, that generosity of those donations," he said.

"We want to target the greatest need as much as possible," he said.