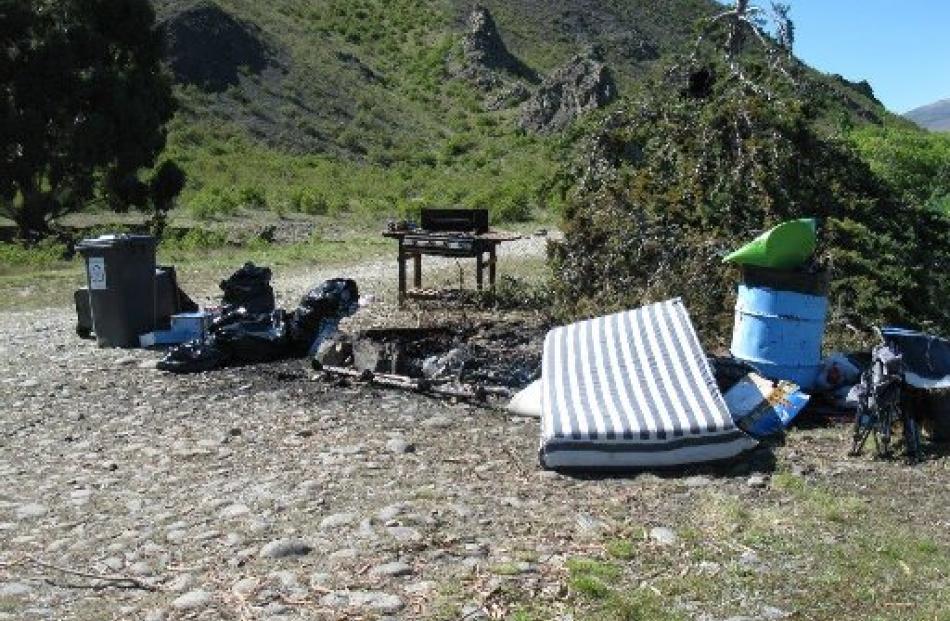 Some of the $4000 of damage caused to the Briar's Gully campsite at Labour Weekend. 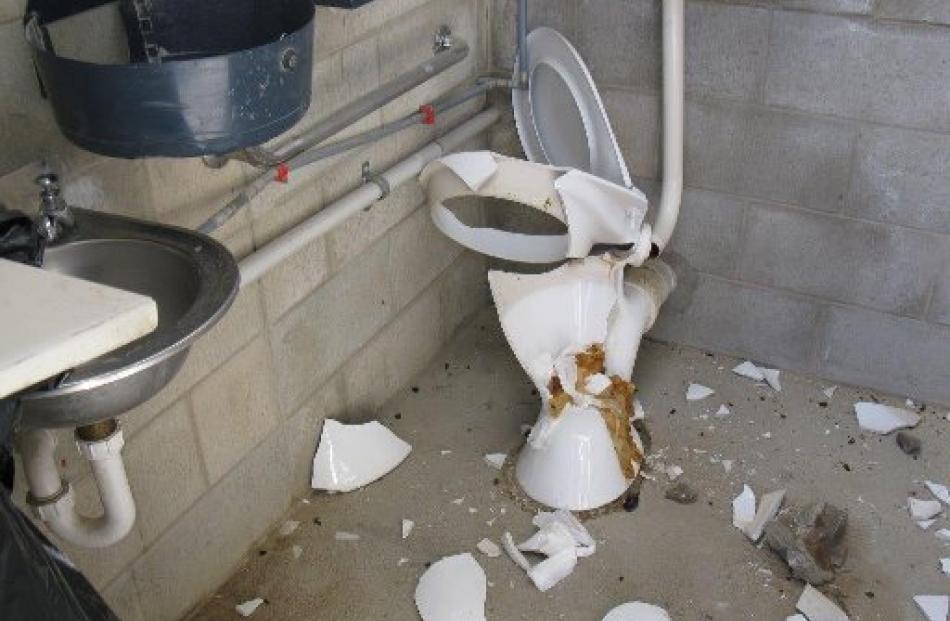 Christmas and New Year holidaymakers are unlikely to face extra alcohol restrictions at Waitaki Lakes campsites this summer despite a spate of booze-fuelled vandalism at one campsite during Labour Weekend.

The Waimate District Council said it now faced a $4000 clean-up bill after a large group of ''out-of-control'' youths damaged the Briar's Gully camping area, on the Waimate side of Lake Benmore.

He said the rampage left ''a huge area littered with broken glass and general rubbish during the weekend's partying''.

As a result, police and Waitaki and Waimate District Council representatives yesterday held talks to discuss how such incidents should be dealt with. Waitaki District Council recreation manager Eric van der Spek said enforcement and policing issues over the Christmas period were discussed, but the main focus revolved around planning for the next Labour Weekend.

''Basically, we met to discuss the issues that we have experienced, mainly by Waimate, over Labour Weekend, and discuss our management of camps over Christmas and New Year, because that's only going to be two months away.

''The main issue does appear that it is the Labour Weekend event [causing most concern], and we discussed what we do next year to manage those sorts of behaviour next Labour Weekend.

''We have got a number of ideas that we want to go and discuss with other parties and then come back together again, probably in February.''

Environment Canterbury and the Mackenzie District Council could also be approached in order to formulate a consistent management approach across the region.

Mr van der Spek said there was ''nothing concrete yet'' because further options still needed to be considered in more detail.

''It was a good first meeting, but there is still some legwork to do.''

Mr Watts said all parties were working together to address the issues and were ''looking at several initiatives for the coming camping season''.