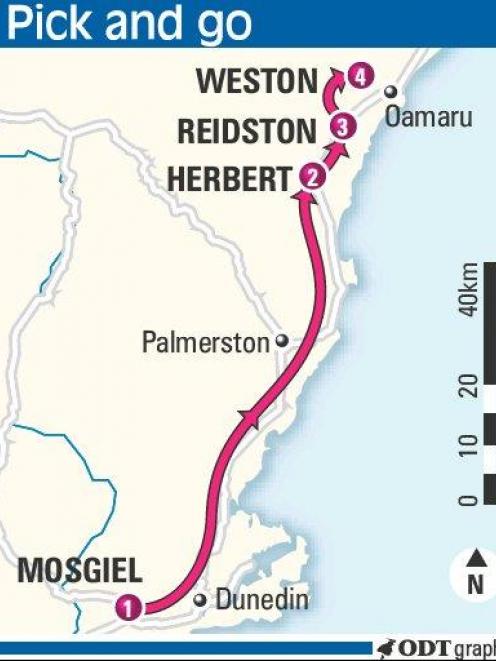 chain_of_car_thefts_apparently_linked_4f2bb70cec.jpg
A string of seemingly related vehicle thefts in Otago and South Canterbury have police appealing for information from the public.

Four vehicles have been stolen in the space of two days between Mosgiel and Ashburton, with the vehicles invariably later found abandoned near the scene of the next reported theft.

Sergeant Tony Woodbridge, of Oamaru, said the first car, a black Mazda 323, had been reported stolen on Wednesday from near Mosgiel.

That car, which had been the subject of reports of erratic driving while heading north, was found abandoned on SH1 100m south of Findlays Rd, near Herbert, at 3am on Thursday.

A second car, a Subaru ute, was reported stolen from Herbert that morning and subsequently found at Round Hill Rd, Reidston, where a Ford Falcon was later reported missing from a farm property.

It was later recovered at Waitaki Transport, Weston, 5km northwest of Oamaru.

A truck was then reported stolen from Waitaki Transport, and it, in turn, was found abandoned at the Timwald stock yards in Ashburton.

A police spokeswoman said the stolen vehicles would be tested for fingerprints.

Sgt Woodbridge said the area of Reidston, where the second car was left and the third stolen, was remote, suggesting the offending party might have been familiar with that area.

Anyone with information should contact the Oamaru police, Sgt Woodbridge said.