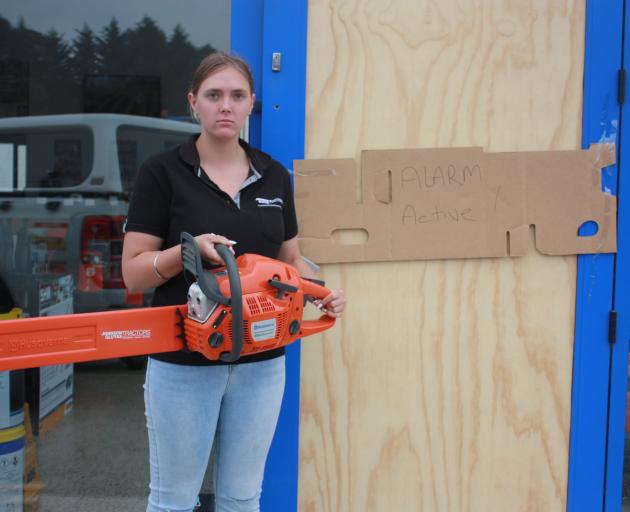 That is all it took for a man to smash a glass door at Oamaru’s Johnson Gluyas Tractors and steal three chainsaws at 2.45am on Tuesday.

The three Husqvarna chainsaws stolen in the smash-and-grab retail for more than $2000 each.

It was the first time Johnson Gluyas Tractors had been targeted by thieves since it moved to the North Oamaru Business Park in 2015, a spokeswoman for the Oamaru business said.

"It’s ridiculously disappointing ... You never think it is ever going to directly affect you," she said.

"It will make people in this area more vigilant."

The business’ security cameras captured footage of a white people-mover entering the business park and stopping in Korora Rd.

A man emerged from the vehicle and peered through the window of Johnson Gluyas Tractors, before returning to his car and retrieving a large rock.

He used the rock to smash a glass door and took the three chainsaws from the display room before driving away.

A police spokeswoman said a forensic investigation had been completed and police were reviewing more CCTV footage of the area.