By Jacob McSweeny
1 Comment
Just south of Oamaru there are a few sheds in a field where Rod Tempero and his team build sports racing cars. Recently he’s been able to increase his staff from three to seven to try to meet the demand for his cars, which are "built from the ground up". Rod Tempero talks to Jacob McSweeny.

You recently increased your staff. Are you seeing greater demand for your cars?

We are very busy. We have always been busy but just lately we’ve got even busier, so it was just a natural progression. The demand is always there because it’s ... a market we cannot cover ourselves because we’re too small. There’s enough market for about 10 companies like myself to do the work. Also you’ve got to have a product which [has lasted] the test of time. You can’t just instantly start up and say "look, I’m good at this". You’ve got to have something you’ve had some sort of experience in and selling. Luckily, over the last 30 or 40 years we have built products which are still selling very well. Cars we built in the ’90s are going for 400,000-plus American dollars. 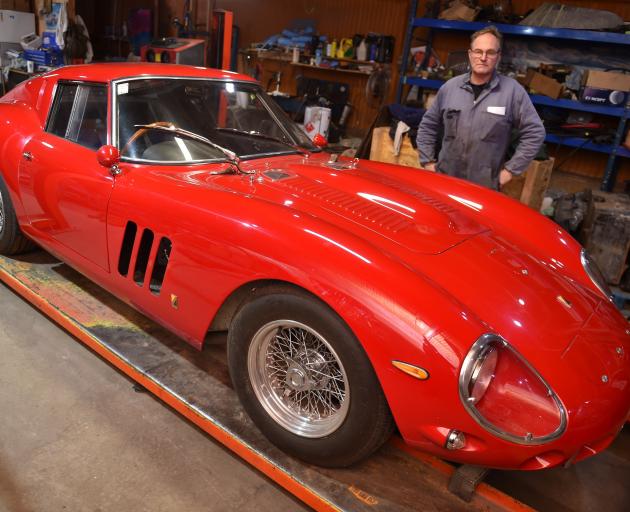 Rod Tempero stands proudly beside one of the GT-style racing cars from the 1960s built in his Oamaru workshop.PHOTOS: GREGOR RICHARDSON

What are you working on at the moment?

We’re working on about seven quite large projects and a number of smaller ones as well. We can build pretty much anything. We build classic sports racing cars from that 1950s and 1960s era. We have stuck with that because it’s the era that most people have a romantic recall [of]. Even though they were race cars you could actually still drive them on the road. Many [people] just drove them to a race, raced them and then drove them home again.

This all started with your grandfather Alan. Can you tell us about that?

He started his apprenticeship in 1932. He started his own business in 1946 after he’d come back from the war. He built ambulances and X-ray units. [He] built station wagons on chassis because you’ve got to realise you just didn’t go along to a car salesman and buy a car or buy a utility or anything like that because they weren’t there. You went along and you bought a cab chassis and suddenly there was a either a utility type back put on it or a closed cab put on it. Especially little trucks like that because they were used in businesses. That was a part of it. Caravans were a major part of it. Of course in a later part ... he had the main contract to build the ambulances for New Zealand.

Would you say you have come a long way to be doing what you are now?

I wouldn’t say we’ve come a long way because it’s exactly the same skills of doing that as building a racing car. It’s just the finished product has got a bit more appeal than a utility type vehicle. We’ve just changed direction.

But you’ve stood the test of time?

The thing is [in] the last 10 years especially cars have got very drab. What is a sports utility vehicle? It’s very name is an oxymoron. You can’t have a sports and utility vehicle in the same breath because it doesn’t gel. Suddenly the public have been pushed into this. I don’t know what it is — they’ve got to buy one of these vehicles to feel safe on the road. They all look the same. They’re all grey, black or silver. And there’s no colour left in the industry. Are you in a niche market?

It’s actually not a tiny part of the market. People’s motor vehicles are the second-biggest investment they’re going to make in their lifetime, other than their house. If they were given the choice of vehicle that looked good and performed well, they would choose that over an SUV. I guarantee it. You have a look around and see what people were driving 20 years ago. Everyone’s got a four-wheel-drive now. It’s not necessary. We don’t have enough snow to warrant a four-wheel-drive on the main highways. They close the roads now with 20mm on it. We used to go to skifields in periods with our cars and we didn’t even put chains on. I think the whole automotive industry has dumbed down.

What type of workers do you look for?

I’ve got two apprentices. The other guys are all trained and are very good. We’re very lucky ... When people do come in for a job we can pick and choose who we like. We’ve got engineers, we’ve got mechanics. Most of the time I prefer them to be multiskilled. We build a car. There’s so many skills in building a car: being a mechanic is one of them, being an engineer is another one of them. We build a car from the ground up, so we do need people with a multitude of skills. 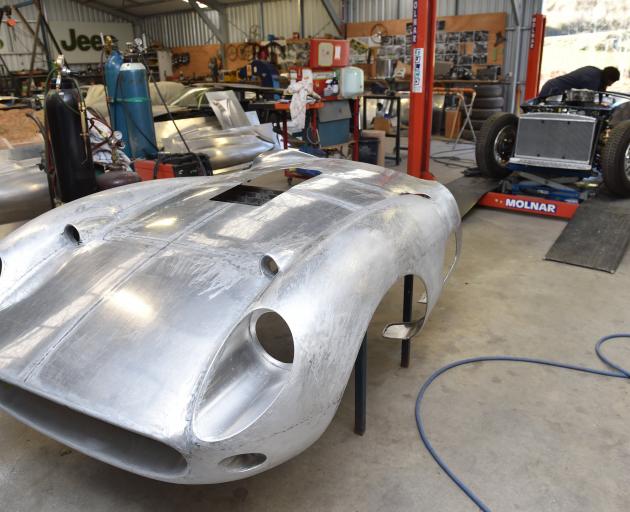 The early stages of one of Rod Tempero’s workshop’s creations.

How does it work with customers? Does someone come in and say "I want this type of car that can do A, B and C" and then you start building it?

No, no. Most of the people say "I want this car". They’ll say "look, I want a 1957 [version] that won that particular race". You’ve got to do the research because on the racing calendar of that year there was probably six or seven different races and that same car might have had two different types of engine in it. You’ve got to be very specific in what you want.

How long do you spend building a car?

I normally give people a two and a-half year delivery.

How much do they pay?

Are most of the people who buy your cars enthusiasts?

There’s nothing similar about any of the customers. Some of them use the cars as everyday convenience in America, other ones put them in a museum sort of situation and very rarely use them, whereas others race them. There’s no pattern at all. 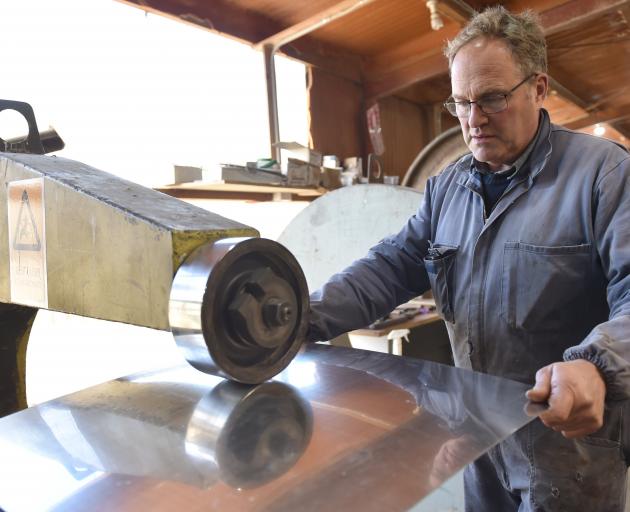 Rod Tempero works a piece of aluminium on a wheeling machine.

How have you been affected by Covid-19?

You order a part and instead of being five working days, it’s a month now. That doesn’t worry us because we can order well and truly before we need it, so it’s not a big obstacle. With our overseas customers, half the time you don’t meet them anyway, so they don’t have to be coming out to see us. It just depends on who they are. I’ve never met half our customers. I don’t think it’s going to affect us a lot.

What are your hopes for the future?