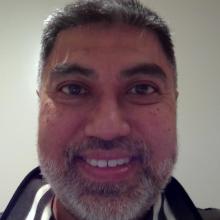 The Waitaki District Council-controlled company, which owns and operates the hospital, announced on Friday

that Dr Fazal Mann had accepted the position after an exhaustive, months-long recruitment process.

Dr Mann worked at the hospital as its medical officer between 2007 and 2014, before he became clinical director at Gore Hospital in 2015.

In a statement, Waitaki District Health Services chairman Chris Swann said the hospital faced an uphill task  recruiting for the position, an issue faced by many hospitals in rural areas.

Dr Mann’s appointment would help the hospital attract doctors, which the company had been actively trying to do  over the past several months, Mr Swann said.

At present, the hospital used its own staff, locums and some part-time doctors to fill its roster.

"The appointment of a clinical leader is going to be more attractive to doctors professionally to come to Oamaru Hospital. It will have a large impact on recruitment and help address concerns the company and other people have had."

In addition to leading the hospital’s recruitment drive, Dr Mann’s other responsibilities would involve staff leadership, ensuring the ongoing quality  improvement of medical services, encouraging the continuing education of medical staff, providing support to fifth-year University of Otago medical students on placements at the hospital and supporting the hospital’s nursing and Allied Health staff.

The need for the role was identified in a  joint review of services at the hospital, which also involved the Southern District Health Board,  last year.

Dr Mann, who will start in the role immediately, looked forward to taking up the position.

"This position involves providing clinical leadership within Waitaki District Health Services and, most importantly, providing hospital care to the population of the Waitaki and surrounding districts."

Prior to his first stint in Oamaru he spent a year at Orange Base Hospital in New South Wales before relocating to Christchurch’s Burwood Spinal Unit. He then worked as a medical registrar at other Christchurch hospitals for several years, and  was also employed for three years at Ashburton Hospital as medical officer.